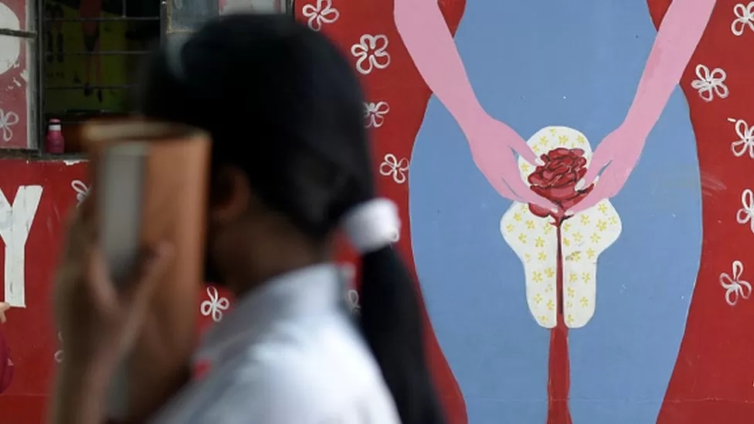 A female civil servant’s response to a schoolgirl’s request for free sanitary pads has sparked backlash in India.

The teenager made the request at a workshop organised with Unicef in the eastern state of Bihar.

The official responded by saying the girl would soon expect the government to provide free clothes, shoes and even condoms.

Periods are a taboo topic in India, with menstruating women often forced to live under severe restrictions.

Nearly 23 million girls drop out of school annually after they start their periods due to a lack of access to menstrual hygiene facilities.

In Bihar, one of India’s poorest states, only 59% of women use a hygienic method of menstrual protection, according to the latest National Family Health Survey (NFHS-5), the most comprehensive household survey of health and social indicators by the government.

The student also spoke about the broken toilets at her school and the difficulty in using them. Reports say the audience mainly comprised 15 and 16-year-old students.

Ms Bhamra, who is a senior bureaucrat in the women and child welfare ministry and heads the Women and Child Development Corporation in the state, seemed to be annoyed by the schoolgirl’s questions.

“Why do you need to take everything from the government?” she said. “This way of thinking needs to change. Do it yourself.”

When the teenager persisted in asking for solutions from the government which is voted in by the citizens, Ms Bhamra responded in anger: “This is height of stupidity. Don’t vote, then. Become Pakistan. Do you vote for money and services?”

After a video of her exchange was shared on social media, many called her comments “shameful” and said the officer was “unfit” to be a public servant.

Ms Bhamra later claimed that reporting on the event was “false, malicious and wrong” and threatened to take legal action against a Hindi newspaper which first reported her comments.

“I am known to be one of the most vociferous champions of women’s rights and empowerment,” she said, and blamed “mischievous elements” for trying to “malign” her reputation.

DISCLAIMER: The Views, Comments, Opinions, Contributions and Statements made by Readers and Contributors on this platform do not necessarily represent the views or policy of Multimedia Group Limited.
Tags:
Indian official
Sanitary pad
Schoolgirl