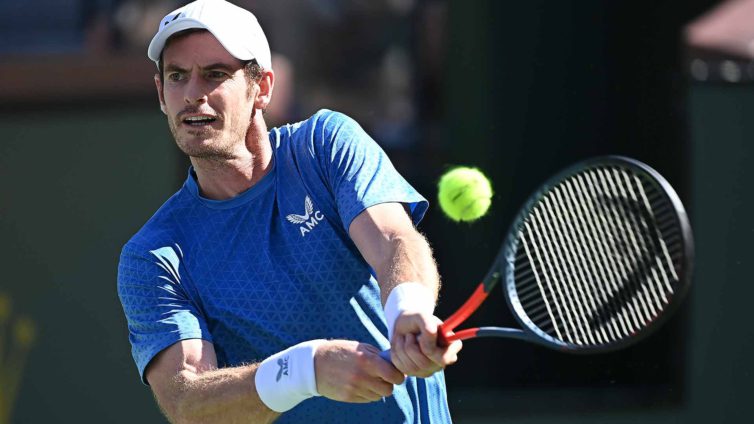 Andy Murray says he will be “right in there” against Alexander Zverev as they prepare to face at Indian Wells – but only if he brings his A-game.

The Briton, 34, takes on the German world number four in the third round in California on Tuesday night.

“I can gain confidence from that,” former world number one Murray said.

“He’ll certainly go in as the overwhelming favourite. But if I play a high-level match, I’ll be right in there.”

The Scot is playing at Indian Wells for the first time since 2017, given his lengthy lay-offs through hip surgeries, and has recorded wins over Adrian Mannarino and highly-rated Spanish teenager Carlos Alcaraz en route to the third round.

It is the third time he and 24-year-old Zverev will meet on court, the first being at the 2016 Australian Open in a match won by Murray in straight sets.

“I think he’s the only one of the Big Four I haven’t beaten yet, so I hope I can change that,” said Zverev, who has wins over Novak Djokovic, Rafael Nadal and Roger Federer to his name.

It is the first time they will meet since Murray said he welcomed an investigation by the ATP into domestic violence allegations made against Zverev.

Last week, the governing body of men’s tennis said it would look into claims Zverev was violent towards a former girlfriend. Zverev denies the allegations, and said he had been “asking them himself” to investigate so he could “clear his name”.

DISCLAIMER: The Views, Comments, Opinions, Contributions and Statements made by Readers and Contributors on this platform do not necessarily represent the views or policy of Multimedia Group Limited.
Tags:
Alexander Zverev
Andy Murray
Indian Wells