A Lion Air Boeing 737 passenger plane with 188 people on board has crashed into the sea shortly after taking off from the Indonesian capital, Jakarta.

Flight JT 610 was on a scheduled flight to Pangkal Pinang, the main town in the Bangka Belitung Islands.

It lost contact with ground control a few minutes after take-off, and was last tracked crossing the sea – it is unclear if there are any survivors.

It was due to arrive at Depati Amir airport in Pangkal Pinang an hour later but about 13 minutes into the flight, authorities lost contact with the plane.

At a news conference, officials said the plane had been carrying 178 adults, one infant and two babies, as well as two pilots and five cabin crew. 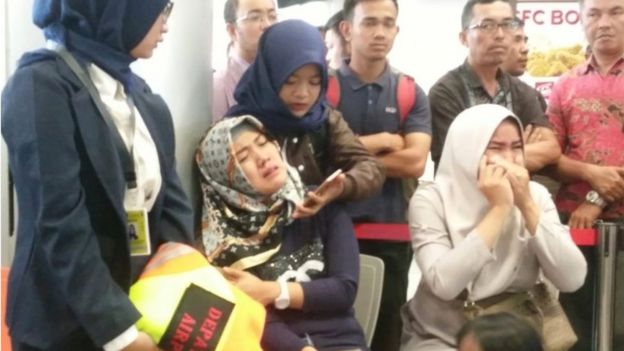 The head of Indonesia's disaster agency, Sutopo Purwo Nugroho, has tweeted images which he said showed debris and personal belongings that came from the aircraft and had been found floating in the sea.

He also shared a video he said had been taken from a tugboat off Karawang, just east of Jakarta, which appeared to show floating debris and an oil slick.

Debris was also seen near an offshore oil refinery operated by state-owned energy firm Pertamina, an official from the firm said 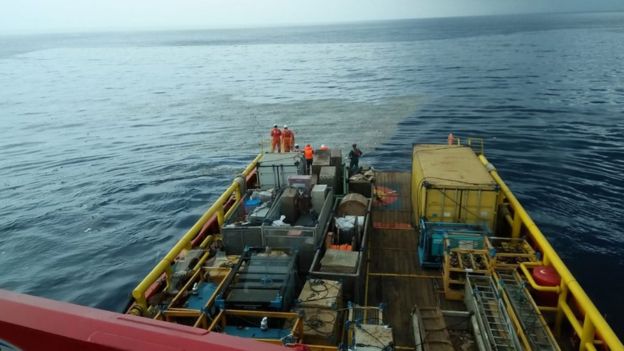 "The plane crashed into water about 30 to 40m deep," Search and Rescue Agency spokesman Yusuf Latif told AFP news agency. "We're still searching for the remains of the plane."

Lion Air Group's Chief Executive Edward Sirait earlier told Reuters: "We cannot give any comment at this moment. We are trying to collect all the information and data."

What do we know about this aircraft?

The aircraft was reported to be a Boeing 737 MAX 8, a model only in commercial use since 2016. Flight tracking website Flightradar24 said the aircraft had been delivered to Lion Air in August. 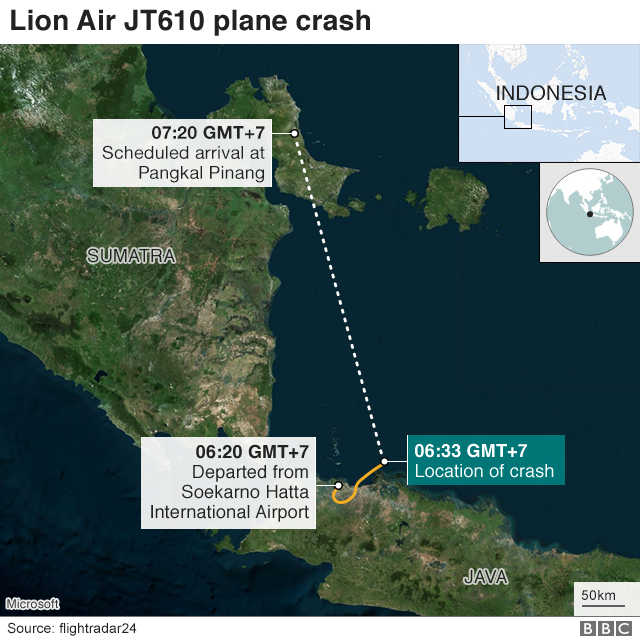 He told the BBC the MAX 8 had been experiencing problems since it was introduced, including difficulties maintaining a level flight.

How is Lion Air's safety record?

Indonesia, a vast archipelago, is heavily reliant on air travel, but many of its airlines have a poor safety record.

Established in 1999, it has had issues of safety and poor management in the past and was banned from flying into European airspace until 2016.

Image captionThis Lion Air plane landed in the sea off Bali in 2013, but all passengers and crew survived

In 2013, Lion Air flight 904 crashed into the sea on landing at Bali's Ngurah Rai International Airport. All 108 people on board survived. In 2004, flight 538 from Jakarta crashed and broke up on landing at Solo City, killing 25 people.

In 2011 and 2012 there was a spate of incidents where pilots were found in possession of methamphetamines, in one incident hours before a flight.