Inexperienced Kwabena Agyapong does not know his job- Lecturer 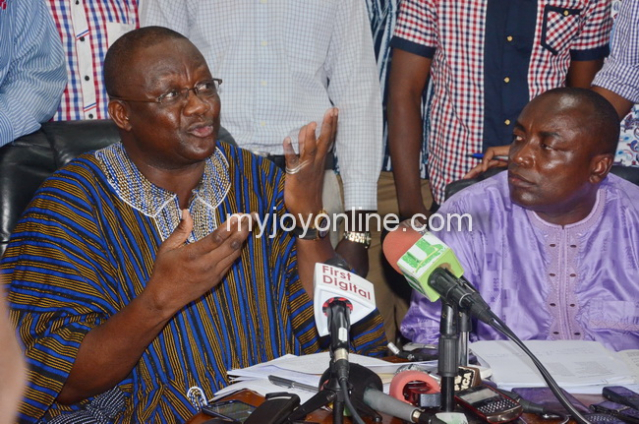 A political science lecturer with the Kwame Nkrumah University of Science and Technology has questioned the competence of the General Secretary of the opposition New Patriotic Party.

Dr Amoako Baah says Mr Kwabena Agyapong is "inexperienced" and does not appear to "understand his job."

He was commenting on the rumpus that has rocked the opposition New Patriotic Party culminating in a full blown chaos at the party's HQ with party members wielding machetes and causing mayhem, Tuesday.

The mayhem is believed to have been triggered by a directive for the acting Director of Communications Perry Okudzeto to proceed on leave.

Dr Amoako Baah cannot fathom how the General Secretary will publicly insist a party officer should proceed on leave and issue a letter for same when that officer has not stated he wants to go on leave.

"It is disingenuous; is he the person to tell a party officer that he is tired and must proceed on leave?

"Is the party officer not best placed to know when he is tired?" he questioned.

He said Kwabena Agyapong has failed in his core duty of uniting his own party.

A former General Secretary of the NPP Nana Ohene Ntow who is now a spokesperson for Alan Kyeremanten said he feels "very sad for NPP."

He does not understand how a peaceful press conference by a party chairman and a General Secretary would attract a "hoodlums" to cause mayhem.

He is convinced the mayhem was premeditated and suspects some people may have been hired by some party leaders to cause confusion.

He charged the party leadership to investigate the matter and get to the bottom of the issue.