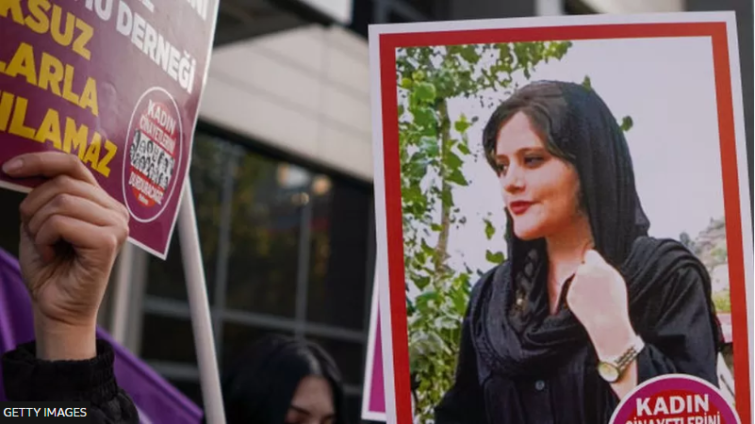 Iran’s morality police, which is tasked with enforcing the country’s Islamic dress code, is being disbanded, the country’s attorney general says.

Mohammad Jafar Montazeri’s comments, yet to be confirmed by other agencies, were made at an event on Sunday.

Iran has seen months of protests over the death of a young woman in custody.

Mahsa Amini had been detained by the morality police for allegedly breaking strict rules on head coverings.

Mr Montazeri was at a religious conference when he was asked if the morality police was being disbanded.

“The morality police had nothing to do with the judiciary and have been shut down from where they were set up,” he said.

Control of the force lies with the interior ministry and not with the judiciary.

On Saturday, Mr Montazeri also told the Iranian parliament the law that requires women to wear hijabs would be looked at.

Even if the morality police is shut down this does not mean the decades-old law will be changed.

Women-led protests, labelled “riots” by the authorities, have swept Iran since 22-year-old Amini died in custody on 16 September, three days after her arrest by the morality police in Tehran.

Her death was the catalyst for the unrest but it also follows discontent over poverty, unemployment, inequality, injustice and corruption.

‘A revolution is what we have’

If confirmed, the scrapping of the morality police would be a concession but there are no guarantees it would be enough to halt the protests, which have seen demonstrators burn their head coverings.

“Just because the government has decided to dismantle morality police it doesn’t mean the protests are ending,” one Iranian woman told the BBC World Service’s Newshour programme.

“Even the government saying the hijab is a personal choice is not enough. People know Iran has no future with this government in power. We will see more people from different factions of Iranian society, moderate and traditional, coming out in support of women to get more of their rights back.”

Another woman said: “We, the protesters, don’t care about no hijab no more. We’ve been going out without it for the past 70 days.

“A revolution is what we have. Hijab was the start of it and we don’t want anything, anything less, but death for the dictator and a regime change.”

Iran has had various forms of “morality police” since the 1979 Islamic Revolution, but the latest version – known formally as the Gasht-e Ershad – is currently the main agency tasked enforcing Iran’s Islamic code of conduct.

They began their patrols in 2006 to enforce the dress code which also requires women to wear long clothes and forbids shorts, ripped jeans and other clothes deemed immodest.

DISCLAIMER: The Views, Comments, Opinions, Contributions and Statements made by Readers and Contributors on this platform do not necessarily represent the views or policy of Multimedia Group Limited.
Tags:
Iran
Morality police