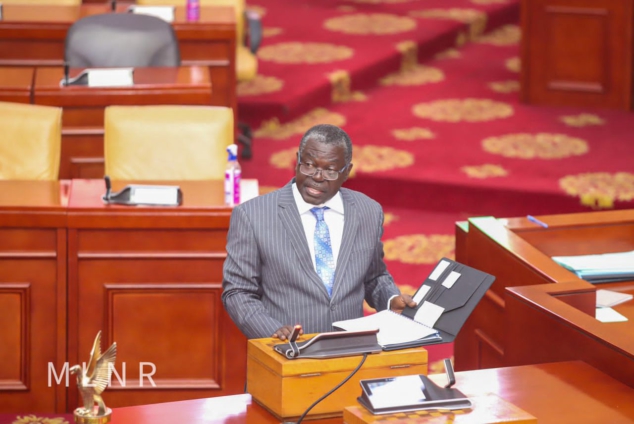 A Deputy Minister of Lands and Natural Resources, Mr Benito Owusu-Bio, says government is fully committed to ensuring that mineral deposits discovered in the Oti Region are exploited and utilised for the benefit of the region and Ghanaians at large.

The Deputy Minister made the remarks when answering questions on the floor of Parliament in Accra on Wednesday on behalf of the Sector Minister, Mr Samuel Abu Jinapor.

Mr Owusu-Bio said the Ministry had taken steps to operationalise the mining of minerals discovered in commercial quantities in the Oti Region.

“The government is still at the exploratory stage of the mining value chain of the iron ore mineral.

“Currently, the Ghana Integrated Iron and Steel Development Corporation (GIISDEC), the statutory body responsible for the promotion and development of an integrated iron and steel industry in the country, is undertaking mineral resource estimation at one of the seven blocks in the Gyamurume and Wawaso areas,” Mr Owusu-Bio stated.

He stated that the satellite scans had been completed, and mapping and geophysical surveys were underway and expected to be completed within 18 months.

He said 10 people within the local community have been employed so far.

He alluded that the Ghana Geological Survey Authority was carrying out geological investigations into limestone deposits to define and quantify their economic potential for exploitation.

He assured the House that before any serious mining activities begin in the region, the Ministry would ensure all the necessary measures are put in place to avert any irregularities or negative impact on the environment.

Mr Owusu-Bio enumerated several measures the government has rolled out to halt the illegal mining menace known as ‘galamsey’.

Other policy interventions are the introduction of speed boats and river guards to patrol and protect the river bodies, banning the manufacture, sale and/or use of the floating platform, popularly referred to as Changfan and enhancing the punishment regime for persons involved in illegal mining.

The rest are the revamping of the Community Mining Schemes and developing an operational manual to regulate their operations.

Answering the questions on the disposal of government lands, Mr Owusu-Bio said all governments under the Fourth Republic have disposed of some landed properties since 2017.

He was, however, quick to add that the transactions, beneficiaries and value of those transactions were provided on February 3, June 7 and 28, 2022, which were captured in the parliamentary Hansard.

DISCLAIMER: The Views, Comments, Opinions, Contributions and Statements made by Readers and Contributors on this platform do not necessarily represent the views or policy of Multimedia Group Limited.
Tags:
Iron ore
Mr Benito Owusu Bio
Oti Region