Issues of National Cathedral are not resolved on Newsfile - Executive Director - MyJoyOnline.com

Issues of National Cathedral are not resolved on Newsfile – Executive Director 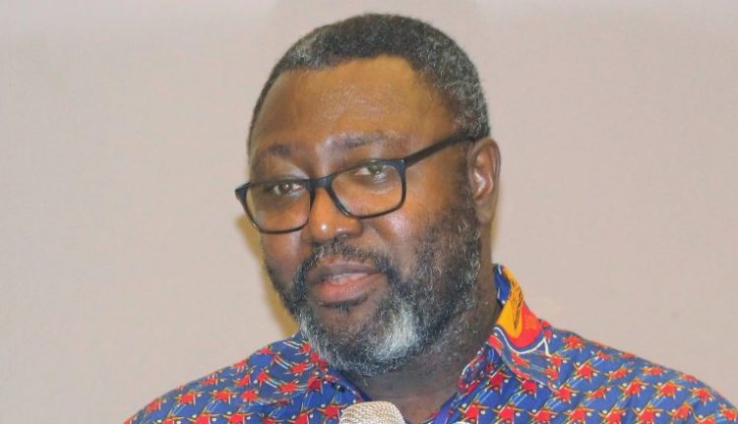 The Executive Director of the National Cathedral Secretariat, Dr. Paul Opoku-Mensah, has stated that despite his recognition of the controversial issues surrounding the project, such matters cannot be resolved on Newsfile.

According to him, even though he is aware of the concerns about the funding of the project and other relevant matters from stakeholders, those pertinent issues cannot be addressed on the weekly news analysis TV programme.

Speaking in an interview with Samson Lardy Anyenini on Newsfile on Saturday, he stated that his outfit has noted the public outcry about the cost of the project; adding that the Secretariat will offer the needed clarity to the public on June 21, 2022.

“I started by saying we should not trivialize those. But those are not issues we can resolve on Newsfile. There are institutions that are responsible for that.

What should a programme like Newsfile do? The issues of accountability are so critical to the whole transformation of our country [and] the survival of our democracy. But those issues are not resolved on Newsfile”, he said.

He also underscored the relevance of the Project and called for Ghanaians to rally behind it.

Touching on earlier claims by North Tongu MP, Samuel Okudzeto Ablakwa that parliamentary approval was not sought before the disbursement of GHC25 million Cedis as seed money by government for the Project, he explained that the impression created by the legislator are rather misleading.

In his view, there’s no grand agenda by the Secretariat to ‘deceive the nation’.

He further defended the amount of money paid to the architect of the project, Mr. David Adjaye, stating that his efforts and expertise must rather be appreciated.

Earlier on, Dr. Paul Opoku-Mensah refuted reports that Dr. Mensa Otabil, one of the Members of its Board of Trustees resigned from the Board due to illegalities.

In a statement on Friday, he explained that prior to the registration of the members of the Board of Trustees in 2019, Dr. Otabil opted out since, “he could not give the needed attention to the project”.

“So, Dr. Mensa Otabil did not resign from the Board as being alleged, but excused himself at the point of registration of the Directors in July, 2019. For the avoidance of all doubt, Dr. Otabil has not been a member of the Board of Trustees since July, 2019”, part of the statement read.

Dr. Paul Opoku-Mensah, however, noted that Dr. Mensa Otabil, “remains actively interested in the project and continues to share his views on strategy with the Secretariat”

Prior to this, Ranking Member on the Foreign Affairs Committee of Parliament, Samuel Okudzeto Ablakwa alleged that Dr. Mensa Otabil had resigned from the Board of Trustees.

Speaking on The Probe on JoyNews, Mr. Ablakwa asserted that the resignation was due to the illegality being perpetrated by the Akufo-Addo government with respect to the project.

“There is quite an uneasy calm among the Board of Trustees. And I can confirm to you that one imminent priest has walked away from the Board; the revered Dr, Mensa Otabil is no longer with them.

However, the statement issued by the Executive Director for the Cathedral explained that “the continuous use of his [Dr. Mensa Otabil] name and pictures on the websites and publications was an administrative lapse by the Secretariat”.