‘It is a wrong perception that food prices have increased; our statistics do not support it’ – Agric Minister 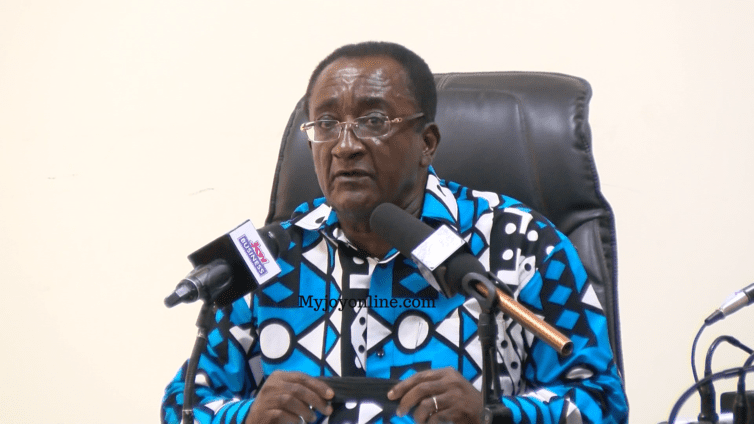 Speaking at a swearing-in ceremony of the newly appointed members of the Irrigation Company of Upper Region (ICOUR), Dr Akoto stressed that statistics available to his outfit do not support the increment claims; thus, “it is a wrong perception.”

Ghana in recent months has witnessed a sharp increase in food prices, including staples produce like beans, maize and millet.

While some have attributed the increment to the hike in fuel prices, others believe it is the currency’s depreciation.

But the government insists that food prices have not increased.

According to Dr Akoto, government’s flagship programme, Planting for Food and Jobs, has been successful so far.

However, citing kenkey and explaining why the price of maize has increased, the Agric Minister said there was a “heavy drought” in the southern part of the country in 2020.

Therefore, affecting the production of the cereal crop and other foodstuffs this year.

“People forget these things very easily, but the drought is what has affected supplies. Fortunately, this year, apart from the one-month delay in the major season rains in the south, the rains have been excellent,” he responded.

The Minister also reacted to “naysayers” who predicted that there will be famine in the country.

According to him, “there has been a major boom in food production to the extent that when you monitor the Tamale market, prices are tumbling.”

DISCLAIMER: The Views, Comments, Opinions, Contributions and Statements made by Readers and Contributors on this platform do not necessarily represent the views or policy of Multimedia Group Limited.
Tags:
Dr Owusu Afriyie Akoto
Kenkey
Maize Production
Prices of food