It is not binding for EC to pre-lay C.I before Parliament – Sunyani East MP 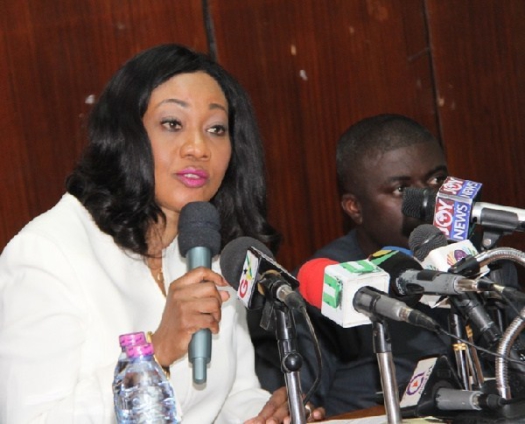 A member of the Constitutional and Legal Affairs Committee in Parliament, Kwasi Ameyaw-Cheremeh says the Electoral Commission is not bound by any law to pre-lay its new Constitutional Instrument before the House.

According to him the Speaker’s request for the EC to brief the House before laying the document before it, is unconstitutional.

Speaker of Parliament, Alban Bagbin on Friday threatened to block the laying of a new Constitutional Instrument (C.I) by the Electoral Commission if the House is not briefed accordingly.

The Electoral Commission’s CI, which is undergoing some amendments, is expected to make the Ghana card the only identification document required to enroll onto the voters register.

Speaking about the EC’s C.I on the floor of the House, Alban Bagbin indicated that he will only allow it to be laid before Parliament if members of the House are fully briefed.

“I am yet to receive them to be briefed. Until that is done, they should forget about laying any such instrument in the House. I think there is a misinterpretation and misunderstanding of the concept of independence of various state institutions that are stated by the Constitution to be independent,” he stated.

Reacting to the matter on Top Story, Friday, the Sunyani East MP explained that although Parliament appreciates the convenience that comes with pre-laying instruments before they are officially laid, there is no legal backing for such procedures in Parliament.

JoyNews/AdomNews · It Is Not Binding For EC To Pre – Lay C.I – Sunyani East MP

He said pre-laying an instrument before the House only affords Members of Parliament the opportunity to raise concerns about such instruments so that the sponsoring party can effect recommendations from the House.

“There is no law that says there must be a pre-laying and the Constitution does not talk about a pre-laying but it is something that we find convenient to do, it is not binding,” he told Evans Mensah.

He argued that the Speaker’s decision cannot stand because it is not constitutional.

DISCLAIMER: The Views, Comments, Opinions, Contributions and Statements made by Readers and Contributors on this platform do not necessarily represent the views or policy of Multimedia Group Limited.
Tags:
Alban Bagbin
EC
Kwasi Ameyaw-Cheremeh
Sunyani East MP