It is time to implement our Climate-Smart agric technologies – GASIP 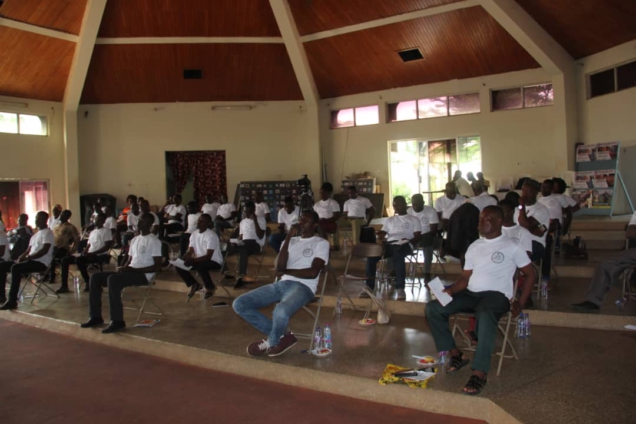 “This is the time that the various Climate-Smart Agricultural technologies we have been promoting become relevant. This is according to the Ghana Agricultural Sector Investment Programme.

National Programme Coordinator, Klutse Kudomor believes that the repercussions of the Russian-Ukrainian war, which has resulted in a global lack of input supplies, particularly fertilizer, are an excellent opportunity to promote their Climate-Smart Agricultural solutions.

Adequate land preparation – no or little tillage, no burning, use of climate-resilient seeds, appropriate nutrient/fertilizer management, and appropriate planting methods – optimum spacing, row planting – are among the technologies and management practices pioneered by GASIP.

Others are, weed and pest control that is suitable and timely, timely harvesting of product and good storage methods, diverse cropping – rotation, intercropping, cover cropping, and permanent soil cover.

The rest include: crop residues, live fence, a fire belt, and the operation of the group charter, as well as no bush burning in the area.

The participants mainly farmers, Agric Extension Agents, Farmer-Based Organizations, and Journalists among others.

Mr. Kudomor encourages the participants to take advantage of the workshop as climate change champions in their respective areas, as well as to form a network through which virtual and other forms of climate change capacity building can be channeled.

According to him, the goal of the training is to put the GASIP sustainability mechanism, leverage, and input support provided to farmers in the past into practice so that farmers can go into production and reap the benefits.

The Ministry of Food and Agriculture is implementing the Ghana Agricultural Sector Investment Program (GASIP), which is funded by an IFAD loan of USD 36 million and a USD 10 million Adaptation for Smallholder Agriculture Program (ASAP) grant.

IFAD’s flagship program for channeling climate and environmental funds to smallholder farmers is the Adaptation for Smallholder Agriculture Programme.

DISCLAIMER: The Views, Comments, Opinions, Contributions and Statements made by Readers and Contributors on this platform do not necessarily represent the views or policy of Multimedia Group Limited.
Tags:
Agricultural technologies
Climate-smart
GASIP