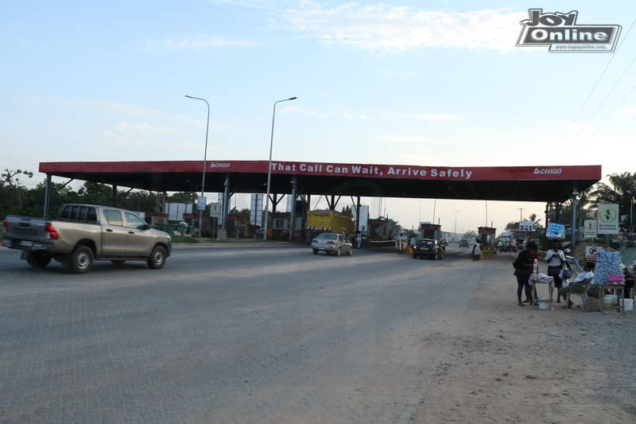 The Roads Minister, Kwasi Amoako-Attah, says reports about his revelation that government intends to convert tollbooths across the country into washrooms are untrue.

Ranking Member for Roads and Transport Committee, Governs Kwame Agbodza during a presentation revealed that about ¢4 million of a €200 million deal has been earmarked to construct toll booths.

Therefore, the Adaklu MP questioned why the Minister will, on one hand, seek to convert existing toll booths into urinals and has asked for approval to borrow money to construct new ones.

The Minister, however, interjected describing the Adaklu MP’s statement, as one made out of ignorance.

On Monday, Mr Amoako-Attah told some journalists that processes are underway to convert abandoned tollbooths into washrooms after officials of the National Roads Safety Authority (NRSA) had petitioned his outfit to remove the abandoned booths from the Highways.

The Minister said the conversion is to ensure the cessation of the practice whereby commuters and drivers ease themselves by the roadside.

However, the Atiwa West legislator says his earlier comments to the press have been taken out of context.

“I suggested that [tollbooth will be turned into washrooms] among other things so it wasn’t a statement I made anywhere. It was an interview and only that portion was picked.

“You do not have access and you are not privy to the entire interview so as a Member of Parliament why did you pick this alone, [it means] you are ignorant,” he stated.

Reading portions of the standing orders of the House, the Asawase MP got the Minister to withdraw the ignorant charge against the Adaklu MP.

“Mr Speaker, with the greatest respect, he may disagree with a colleague in whatever form but to describe what he is saying as ignorant and speaking out of ignorance is improper in our standing orders,” he stated.

DISCLAIMER: The Views, Comments, Opinions, Contributions and Statements made by Readers and Contributors on this platform do not necessarily represent the views or policy of Multimedia Group Limited.
Tags:
Roads Minister
Tollbooths
Washrooms