It’s a record, Prempeh in tears as Presec are in 7th heaven with NSMQ trophy 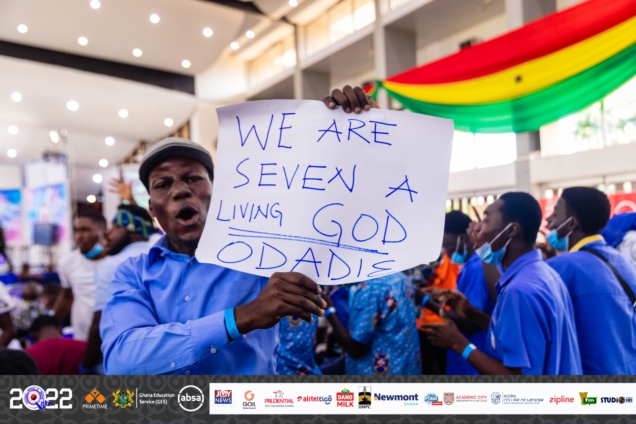 “We are still ‘seven’ a living God,” the students, old boys and other supporters of Presbyterian boys Secondary School (PRESEC) chanted as the Legon-based school clinched a record-extending seventh National Science and Maths Quiz (NSMQ) trophy.

The boys successfully fought off Prempeh College’s threats of equalling two of their records in one swing.

A lot was on the line and the Legon boys fought for all of it. They came, they saw and they conquered.

Their back-to-back record is intact from the Prempeh College threat and they have extended their tally to seven trophies, two more than Prempeh College who sought to catch up.

The Kumasi-based challengers were left in tears, defeated on their own ground and their host and win chants muted.

Presec returns the trophy to the capital Accra, shattering their challengers’ dreams.

Adisadel College also failed their quest to return the trophy to Cape Coast after a three-year drought for the city that has so many trophies, only one behind Accra until today.

The contest itself was as heated as it could get with all the schools missing the first two rounds of questions.

Prempeh College then found footing and led the contest until the dying seconds of the game.

The gap at the end of the contest would make those who didn’t watch believe it was an easy day for Presec Legon but the contest went down to the wire.

“You did it,” Quiz Mistress Elsie Effah Kaufmann congratulated.

DISCLAIMER: The Views, Comments, Opinions, Contributions and Statements made by Readers and Contributors on this platform do not necessarily represent the views or policy of Multimedia Group Limited.
Tags:
Adisadel College
NSMQ 2022
Prempeh College
Presec-Legon