'It's not easy playing games during the Ramadan' - Mohammed Salisu - MyJoyOnline.com

‘It’s not easy playing games during the Ramadan’ – Mohammed Salisu 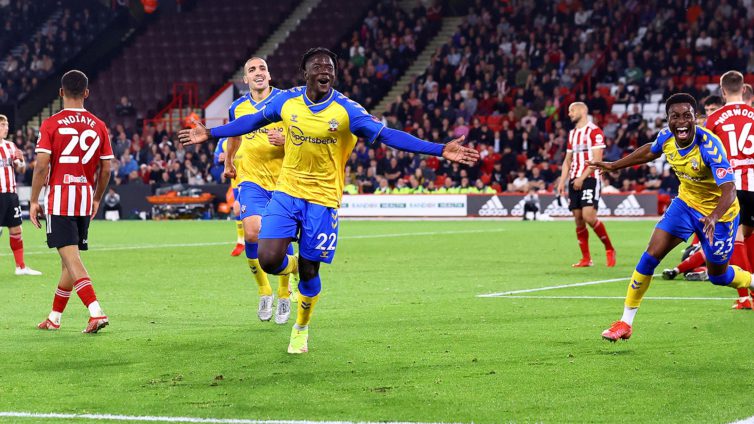 Southampton defender, Mohammed Salisu, has attributed his recent poor run of form for the Premier League side to the ongoing Ramadan while admitting that mistakes are inevitable in the game.

The central defender has played in just one of the Saints’ last three games in the English top-flight despite an impressive start to the 2021/22 season.

The 23-year-old was dropped to the bench against Arsenal and Burnley following a poor display in the 6-0 drubbing at the hands of Chelsea earlier this month before returning to the set-up in the 2-2 draw against Brighton and Hove Albion, a game he recorded an own goal, raising concerns over his performances in the recent games.

However, Salisu, who is being considered by the Ghana Football Association for the 2022 FIFA World Cup, says he is working thoroughly to get back to his best form as soon as possible.

“For me, in football mistakes come. When it comes, you have to stay positive and try to believe in yourself,” Salisu told the Daily Echo.

“Try to sit down and see what’s not right so you can make it better. I had a couple of bad games, I will say. But I’m still working hard to get back to my best.

“I’m doing Ramadan and it’s not easy. It’s very hard at the same time playing games, I think it’s a little bit affected me. But I’m still working hard and I will get back strong.”

Quizzed on his earlier season performance which saw him become one of Southampton’s untouchable players, Salisu added, “Great, I would say great.”

“Four games left, it’s not going to be easy.

“We want to finish in a good place so we have to work hard every day and fight for every game to make sure we can.

“It’s been nine games and we’ve only had one win. I think the fans are expecting to win this Saturday, so we’re going to give our best and fight for everything to get what we want.”

Salisu has featured 30 times for Ralph Hasenhuttl’s side in the Premier League this campaign, with Jan Bednarek the closest to him (29).