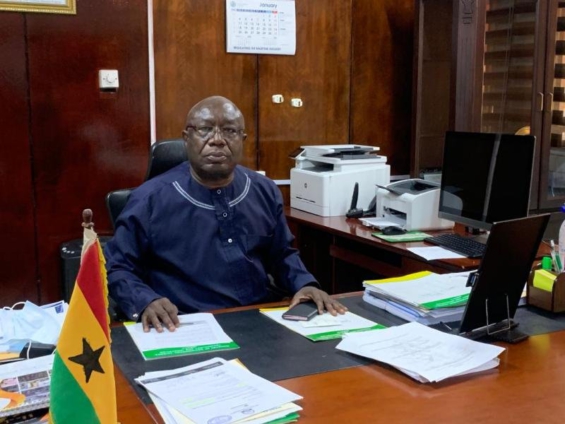 The Minister of Environment, Science, Technology and Innovation, Dr Kwaku Afriyie has emphasised the need to bridge the gap between Ghanaians and the scientific community for sustainable development.

He stated that research institutions in the country contributed immensely to national development with their discoveries and innovations but unfortunately, society knows very little about their exploits.

The Minister, during a working visit to the Crop Research Institute of the Council for Scientific and Industrial Research (CSIR-CRI), said the situation must change for Ghanaians to appreciate efforts by scientists toward improving all sectors of the economy.

He is on a two-day tour of the Ashanti Region to familiarise himself with the activities of all the institutes under the CSIR as the new sector minister.

Dr Afriyie, accompanied by a team of officials from the Ministry, has already visited research institutions in the regions of the north and is expected to end the tour in the Greater Accra Region.

He added that scientists are the brains behind most government policies and it was time to tell their success stories to create awareness about the impact on society.

That, he said, would make a strong case for science to be the fulcrum of national development and also attract the needed resources for research and development.

He expressed the hope that by the time he left the Ministry, activities of scientists would have permeated the Ghanaian society such that the average Ghanaian would, at least, know the thinking of the scientist.

“We appreciate your contributions to the Gross Domestic Product (GDP) of this country, which has been made through the transfer of agricultural technologies you have developed over the years for your stakeholders including farmers, farmer based organisations and government’s agricultural initiatives,” the Minister said.

He said the Government attached great importance to science and technology in general, and agricultural research in particular, to ensure sustainable food security.

“Beyond food security, agriculture and its value chain provide a clearest path to achieving the targets under the broad objectives of the Ghana Beyond Aid agenda,” Dr Afriyie said.

He assured research institutions of his commitment to minimising the challenges that negatively impacted their efforts.

The Director of CRI, Professor Moses Brandford Mochiah said the vision of the Institute was to be among the top 10 agricultural research institutes in Africa through innovation and capacity building for development.

He mentioned some of the Institute’s achievements as the development of improved crop management technologies to enhance productivity as well as the biological control of cassava and mango mealybugs.

He said the over reliance on foreign donors for research funding was not the best and called for the Ministry’s support for the Institute “in order not to dance to the tunes of international donors at the detriment of local problems.”

The Director General of CSIR, Prof Victor Kwame Agyemang said 90 per cent of maize and 70 per cent of cowpea varieties in Ghana had their source from CSIR-CRI and the Savanna Agricultural Research Institute (SARI).

He expressed regret that the CRI was mostly not credited as the source of many varieties of food crops it releases to the Ministry of Food and Agriculture, who gave them directly to farmers, saying that was a major challenge.

DISCLAIMER: The Views, Comments, Opinions, Contributions and Statements made by Readers and Contributors on this platform do not necessarily represent the views or policy of Multimedia Group Limited.
Tags:
Council for Scientific and Industrial Research
Dr Kwaku Afriyie
Minister of Environment
Technology and Innovation