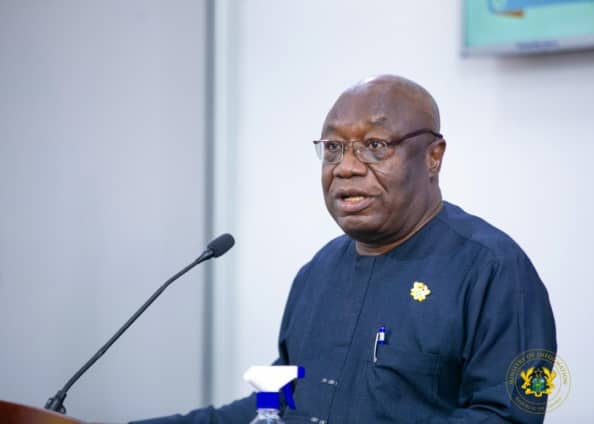 Civil society group Alliance for Science Ghana is urging the government to re-adjust its priorities and invest more in science.

The group said it is “saddened to observe that the Appropriations Act approved by Parliament in December 2022 which details projected expenditures for the year 2023, allocated a meagre ¢302 million to the Technology Ministry, out of the budgeted ¢227.8 billion government intends to spend this year.”

In a New Tear statement to the press, it added that “The mathematics shows the government is dedicating a paltry 0.1% of its resources to the ministry that’s expected to be the engine of the nation’s scientific efforts.

“This is not good enough…At least 1% of all resources should go into science, technology, and innovation in 2023,” the Alliance said.

The Alliance for Science Ghana is asking President Akufo-Addo to intervene personally and ensure government dedicates more resources to science in 2023.

It says government must re-adjust its priorities and sink a lot more resources into scientific research and the development of innovative tools to help our country fix our basic needs in the areas of food security, provision of healthcare, and general socio-economic development.

Alliance for Science (AfS) Ghana is a network of farmers, scientists, communications persons, students, and other well-meaning Ghanaians working to promote science and technology as the sure tool for poverty eradication.

The statement described 2022 as definitely a great year for science in Ghana. “Our motherland approved its first biotechnology crop, the genetically modified Bt cowpea (beans) that has the inherent potential to resist attacks by some pests and reduce the use of harmful pesticides in the environment.

“We commend the Savanna Agricultural Research Institute (SARI) of the Council for Scientific and Industrial Research (CSIR) for this noble effort,” the statement said.

“The institution and its scientists like Dr Jerry Nboyine who is the principal investigator on the GM cowpea project, obviously deserve praise for their efforts.

“In our view, SARI deserves the honour as the 2022 scientific institution of the year for the efforts it has made to advance science and technological innovation,” the statement added.

“Our hope is that in the year 2023, more such crops would be brought onstream to help improve the country’s food security situation,” it concluded.

DISCLAIMER: The Views, Comments, Opinions, Contributions and Statements made by Readers and Contributors on this platform do not necessarily represent the views or policy of Multimedia Group Limited.
Tags:
Alliance for Science Ghana
Technology and Innovation