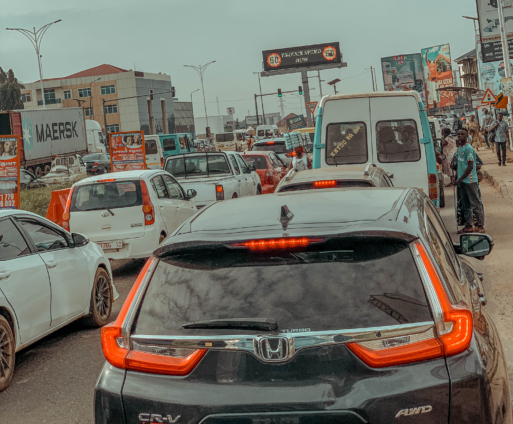 Road congestion is an issue that has been raised by the media countless times. This situation has improved in some areas but has worsened in other areas.

However, generally, it is the biggest worry of motorists in the country. Almost every day in a driver’s life, he or she would have to think fast and figure out ways to beat the heavy traffics which would be building up.

In Ghana, it is typically unusual for roads to be free of congestion. As a young child living in the outskirts of Accra, being stuck in traffic jams have been a daily routine. For almost each day of my Junior High School life, I would leave home before daybreak and get home after nightfall mostly due to traffic.

On days that you get to the highway and see a free road, it would be nothing short of a miracle and one would give a sigh of relief, smile in disbelief and enjoy the ride to their destination. There have also been times when there have been extreme traffic jams with no way out. Sometimes, passengers are forced to drop off and trek to their destination or drivers would park their vehicles and spend the night on the road.

It gets frustrating and always makes me question why Ghanaians have to go through such torment and how streets would look like in the coming years. What would Ghana’s road network look like in the future and how would the car congestion crisis – which would be caused by the cars people own in Ghana plus the ones all the people of my generations are already dreaming of buying – be handled?

The traffic jams in all parts of Ghana do not look like they are going to disappear anytime soon. As a matter of fact, picturing Ghana with free flow of traffic would be such a fantasy which is most likely never going to be a reality. I count the number of cars registered in a year and ask myself what it would be like if every pedestrian in Ghana decide they no longer want to walk or be anyone’s passenger.  Most of the country’s youth are longing to own cars because they do not see a more attractive option of transportation.

The discomfort from sitting in traffic and the mental and physical distress it inflicts on people is a separate subject altogether. It must be so disheartening to get stuck in an unexpected traffic caused by a tipped over truck and having to cancel all your plans for the day.

In reality, people may spend more time in traffic than the time they would have spent getting to their destinations.

Agreeably, we cannot blame it all on one person. Some of the hindrances to free flow of traffic in Ghana are the most absurd. For instance, the conduct of some commercial drivers on the roads, the presence of some potholes which are in their fifth anniversary and still counting, malfunctioning streetlights, broken-down heavy-duty vehicles pending a tow, floods caused by choked drains and several others.

Therefore, what are we doing to change any of these? Are there going to be proper bus and railway systems or is Ghana going to be car congested? Will the upcoming car owners meet road problems which have been there since their parents used to drive them to school?

As children grow up, they learn from the misconduct on the roads today. We owe it to the next generation of motorists and all the upcoming professionals to play our parts and permanently stop road congestions in Ghana.

Let us all make a conscious effort to make Ghana’s roads more attractive in the coming years.

Janelle Eyram Awurama Fiagbenu is a teen photographer, aspiring writer and student. She is also a child and women’s advocate and committed to making the world a better place for all.