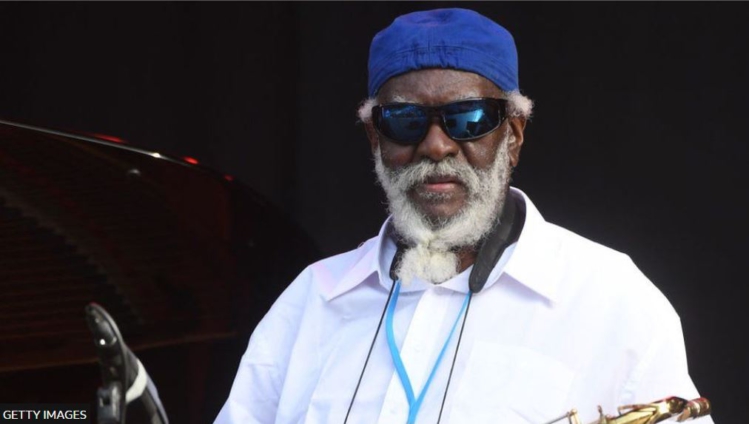 His record label Luaka Bop announced the news, saying he had died “peacefully”, surrounded by family and friends in Los Angeles.

Sanders was a leading figure in what is often called spiritual jazz, which took influences from Asian and African traditions.

His expressive style made him a sought-after musical collaborator.

Born as Farrell Sanders in Little Rock, Arkansas, in 1940, the saxophonist began his career in Oakland, California before moving to New York in the early 1960s.

There he collaborated with Sun Ra, who is believed to have encouraged Sanders to take the name Pharoah.

He joined John Coltrane’s band and performed with him on stage and in the studio.

In an interview he said: “I want my sound to be like a fragrance that people will like – something fresh, like the smell of your grandmother’s cake cooking.”

In 2021 he collaborated with British electronic musician Sam Shepherd, who records under the name Floating Points.

Their work, Promises, was recorded with the London Symphony Orchestra and nominated for the Mercury Prize.

Paying tribute to Sanders on Twitter, Shepherd said: “I am so lucky to have known this man, and we are all blessed to have his art stay with us forever. Thank you Pharoah.”

DISCLAIMER: The Views, Comments, Opinions, Contributions and Statements made by Readers and Contributors on this platform do not necessarily represent the views or policy of Multimedia Group Limited.
Tags:
Arkansas
Jazz
Los Angeles
Pharoah Sanders
United States