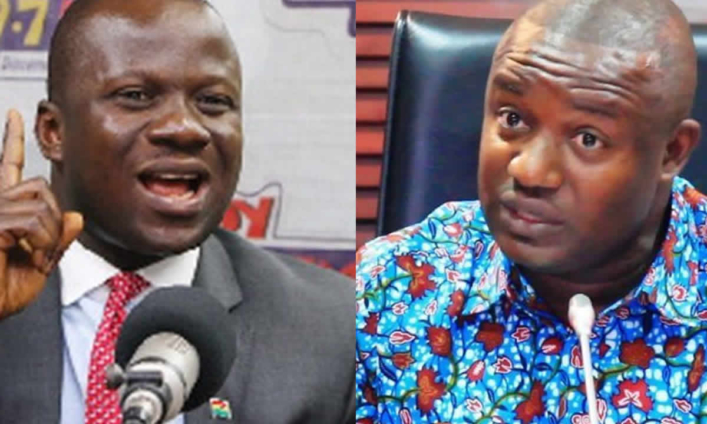 A relief package announced on Thursday for consumers of electricity has stoked a debate between two brothers on the two sides Ghana’s main political divide.

Under the electricity relief package, bills for April, May and June for consumers who use up to 50 kilowatt-hours of power in a month will be absorbed fully by the government.

Also, the government will absorb 50% of electricity bills for those who consume power above the 50 kilowatts-hour baseline during the lockdown period, using their March 2020 bill as the benchmark.

Commenting on what he believes to be the dire implication of the relief package to consumers, John Jinapor, who is a former Deputy Energy Minister, put the following on his Facebook page:

“For the avoidance of doubt the lifeline Net Charge for Electricity consumers (50kwh) is ¢19.26 a month.

By spending more time at home during the lockdown a doubling of consumption, that is a 100kwh will push a consumer to ¢58.93.

Therefore a 50% rebate will still make you worse off.

Use electricity wisely and don’t be misled by the rebate.

However, his brother disagrees.

Abu Jinapor explained, also on Facebook, that even if it was true that consumers will use more power during the lockdown period, half of their burden would have been eased by the government.

He made this point, and others, in the post below:

For the avoidance of doubt, of the almost Three Million, Eight Hundred thousand (3.8m) customers of ECG, a little over One Million (1.0m), representing about Twenty Seven point Four percent (27.4%), are lifeline consumers.

Secondly, assuming without admitting that the lockdown areas will consume more electricity due to the restrictions, a logic which is very weak anyway, and therefore will move out of the lifeline category, quite clearly, these consumers will still enjoy a subsidy or relief since they would have been worse off without the fifty percent (50%) absorption by government. They will still have had to pay the full cost of the so called increased consumption. Basic reasoning.

Thirdly, for a government which subjected us to four (4) consecutive years of DUMSOR, supervised the worse utility tariff regime and exhibited such extreme incompetence in the energy sector in particular, to have the temerity to, even, comment on energy matters is to, say the least, shocking. They should learn to keep quiet as their record in government is the worse in the life of the Ghanaian people. Theirs, was crass incompetence and insensitivity to the plight of our population. Let them learn to hold their peace as the little effusion from them, makes them sound ludicrous and reminds our country men and women of their unedifying period in government.

The government of Akufo-Addo remains committed to building a Ghana, even in such difficult circumstances, which is fair, prosperous and determined to lift the mass of our people out of the current predicament.

Meanwhile, the Africa Centre for Energy Policy (ACEP) has described the government’s decision to absorb the cost of electricity of consumers as rushed.