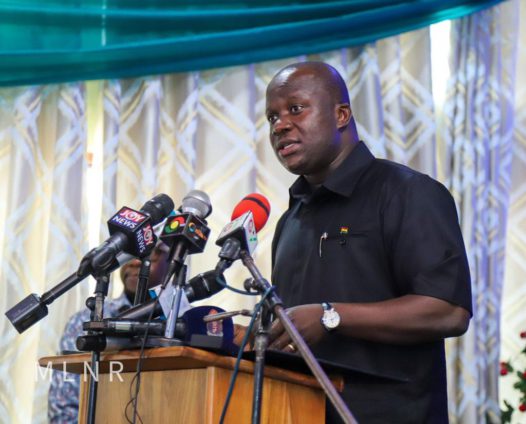 The Minerals Commission has denied allegations the Lands and Natural Resource Minister has granted prospecting licences to some companies to prospect for minerals in Forest Reserves.

The Commission said the which was made by the Tamale North Member of Parliament (MP) is untrue.

It insisted that since Samuel Abdulai Jinapor became the sector minister, he has not granted any such license to any company.

In a press release issued on Wednesday, August 17, under the signature of the CEO of the Commission, it asked the public to disregard the claim.

“The attention of the Minerals Commission has been drawn to a publication by the Member of Parliament for Tamale North Constituency, Hon. Alhassan Suhuyini, alleging that despite the ban on prospecting in Forest Reserves, the Minister for Lands and Natural Resources, Hon. Samuel A. Jinapor, MP, has granted prospecting licences to some companies to prospect for minerals in Forest Reserves.”

“The said publication is false and should be disregarded by the public. Since assuming office as Minister for Lands and Natural Resources on 5th March, 2021, Hon. Jinapor has not granted a single prospecting licence to any company to undertake any exploration activities in Forest Reserves. Any person with a copy of any such licence should produce same.”

Meanwhile, it added that some companies have applied for prospecting licence but has not been processed yet.

“Contrary to the said publication, Vimetco Ghana Bauxite Ltd has no prospecting licence granted by the Minister.”

“In the case of Akonta Mining Ltd., the Company has applied for a prospecting licence which is yet to be processed by the Minerals Commission.”