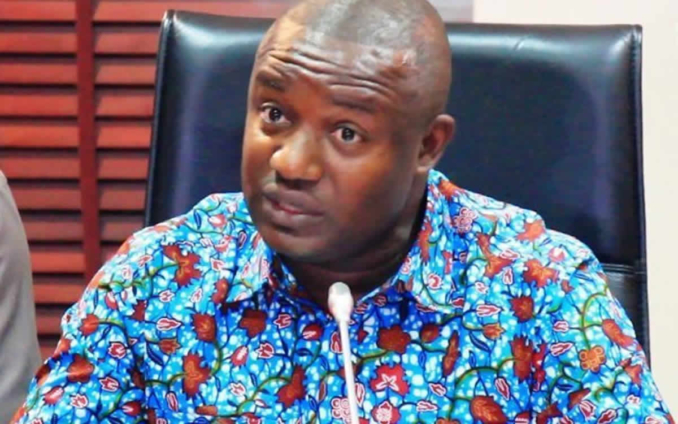 The Member of Parliament for Yapei Kusawgu Constituency, John Abdulai Jinapor has apologized for his misconduct during the election of a new Speaker for the House.

In an interview with JoyNews, the NDC MP said although he might have gone overboard, his actions were to protect the constitution of the country which promotes secret ballot.

“Some have maintained that we [NDC] stood our grounds to protect the constitution, some have also insisted that we went too high but if anybody feels unhappy, disturbed by what happened, I apologise to them,” he told Kwesi Parker-Wilson.

The inauguration process of the eighth Parliament of the Fourth Republic will go down in history as the most chaotic one in the history of the country.

The dragging process which lasted over nine hours was characterised by several commotion.

From sitting arrangement to argument on whether or not the Assin North MP, whom a Cape Coast High Court had placed an injunction on his victory should partake in the voting process or not.

Although their behaviours have been heavily critised, the NDC maintains that they were ensuring the law is upheld since lawmakers of the New Patriotic Party (NPP) were breaking the order of secret voting by showing their ballot to their whip, Frank Annor-Dompreh before depositing it in the box.

DISCLAIMER: The Views, Comments, Opinions, Contributions and Statements made by Readers and Contributors on this platform do not necessarily represent the views or policy of Multimedia Group Limited.
Tags:
8th Parliament
John Jinapor
JoyNews
NDC