Johnny Depp ends testimony: Key moments from his four days on the stand 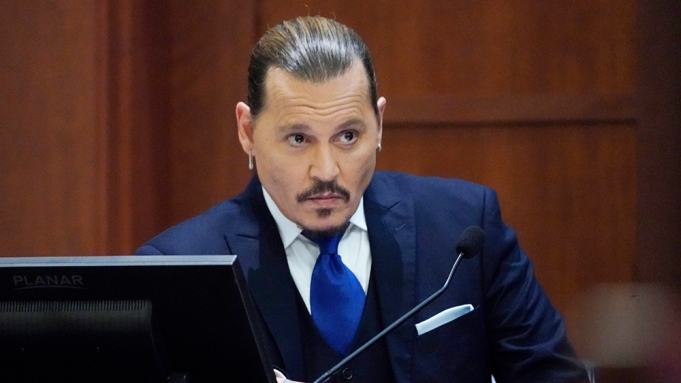 Johnny Depp ended his testimony on Monday in his defamation trial against ex-wife Amber Heard by declaring himself to be a victim of domestic violence.

Depp’s attorney played an audio recording in which Heard suggested that if Depp went public with claims that she had beaten him, no one would believe it.

“Tell the world,” Heard said on the recording. “Tell them, Johnny Depp — I Johnny Depp, a man, I am a victim too of domestic violence, and I know it’s a fair fight,’ and see how many people believe or side with you.”

Asked by his lawyer if he is a victim of domestic violence, Depp said, “Yes, I am.”

That ended four days of testimony about a chaotic, sometimes violent relationship. The key question for jurors is not whether Depp was a victim — but rather, whether he can prove that Heard was not.

Depp has alleged that Heard’s false allegations of physical abuse forced him out of the “Pirates of the Caribbean” franchise and destroyed his career.

Depp and Heard would often record their arguments, so that if there was a dispute about what someone had said, they could play it back.

Those clips have become critical evidence in the case, as attorneys on both sides took turns playing snippets that supported their client’s version of events. The attorneys also showed numerous text messages to the jury.

Here are the key moments from Depp’s testimony:

In audio played for the jury last Wednesday, Heard acknowledged “hitting” Depp during a fight.

“I was hitting you, not punching you,” she told Depp. “You’re a fucking baby. You are such a baby. Grow the fuck up.”

The audio confirms Depp’s claim that Heard hit him. It does not resolve the key issue — did he hit her? — but it does support Depp’s credibility.

Heard tells Depp ‘you beat the shit out of me’

In a clip played for jurors on Monday morning, Heard told Depp that she had dumped him “a fucking week prior after you beat the shit out of me.” Depp did not dispute that characterization on the audio.

A few moments later in the conversation, he said, “I made a huge mistake,” though it’s not clear what he’s referring to.

Depp’s drug and alcohol use

In May 2014, Depp and Heard flew from Boston to Los Angeles on a private jet. Heard alleges that Depp kicked her and slapped her during the flight and Depp denies that.

On direct examination, Depp testified that he had taken two Roxicodone pills — an opiate he had become dependent on — before the flight. He alleged that Heard was trying to provoke a fight and he retreated to the bathroom and passed out.

On cross-examination, he was shown a text message in which he indicated he had taken quite a bit more than that — “Powders… half a bottle of Whiskey, a thousand red bull vodkas, pills, 2 bottles of Champers” — and that as a result, he had become “an angry aggro injun in a fucking blackout, screaming obscenities and insulting any fuck who got near.”

Depp said on the stand that he was exaggerating for effect. But there were other occasions where he seemed to downplay his drug and alcohol use, or deny that he was using when the contemporaneous texts indicate that he was.

That does not mean that he hit Heard, but it could be a factor for jurors in assessing his overall credibility.

Heard’s lawyer made repeated reference to “the monster,” a term that Depp used in texts.

Depp maintained that the term originated with Heard as a description of his dark side, and that he used it with her as a shorthand without necessarily agreeing with her.

But Heard’s attorney showed him several other texts — with his doctor, his assistant and Elton John — in which Depp also made reference to the “monster.”

At another point, he said “the monster was sobriety,” adding that he was “plagued by these requests to stop drinking.”

Shortly after that, he gave yet another explanation. “The monster was the guy who was dumb enough to continue to take part in arguments that would ultimately get nowhere,” he said.

Heard will have a chance to give her own explanation when she takes the stand.

Depp portrayed himself as avoiding conflict, running away from fights and hiding in his room, and said that he had little “voice” in the relationship.

But on cross-examination, he found himself explaining violent and disturbing text messages in which he gave full vent to his anger.

He repeatedly referred to Heard as a “cunt” and a “filthy whore.” In texts to actor Paul Bettany, he wrote, “Let’s burn Amber… Let’s drown her before we burn her!!! I will fuck her burnt corpse afterwards to make sure she’s dead.”

Depp explained that that was a “Monty Python” reference, and that he sometimes has a dark sense of humor.

In another text, he wrote that he had “fucked up and went too far in our fight” — though he denied that was a reference to physical violence.

The texts undercut the notion he presented that his instinct was always to retreat from conflict.

Depp not only has to prove that Heard defamed him — he also has to show that he suffered damages.

Heard’s team contends that his career was already in a tailspin before Heard published the Washington Post opinion piece in December 2018, and that the op-ed did no further damage.

Depp seemed to help Heard’s defense out when asked about an October 2018 article in the Daily Mail that suggested he was “out” of the “Pirates of the Caribbean” franchise — two months before the op-ed.

Depp could have denied it, or said he didn’t know anything about it. Instead he volunteered that the article “doesn’t surprise me,” because his reputation had been trashed by that point.

“Two years had gone by of constant worldwide talk about me being this wife beater,” he testified. “So I’m sure that Disney was trying to cut ties to be safe.”

On redirect, Depp’s attorneys sought to clean that up, getting Depp to testify that he didn’t learn about his firing until a few days after the op-ed was published.