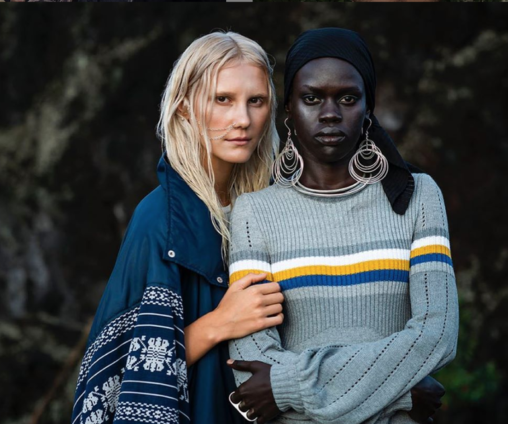 These days, as we work, socialize – and do basically everything – from home, the items we gravitate to in our closets are pieces that are comfortable, versatile, and easy to throw on.

But when you reach that inevitable point of needing to expand your horizons beyond the sweats you’ve had for years, Jonny Cota Studio (available on Amazon) is a great place to start for chic streetwear that conveniently works as elevated WFH gear, too.

Jonny Cota Studio is designer Jonny Cota’s namesake brand that debuted on season one of Amazon Prime’s Making the Cut.

The fashion competition show, hosted by Heidi Klum and Tim Gunn, premiered at the end of March (the whole season is available now to stream) – and follows 12 designers competing for a one million dollar prize and the opportunity to take their established brands global.

Each week, the designers compete in different challenges that showcase their brand and how well they’ve conceptualised their brand identity.

Finally some redemption from @naomi on episode 3 of @makingthecuttv. We came, we argued, we conquered. I wouldn’t have had it any other way… thanks @__meganrenee___ for being a fierce and inspiring collaborator. #makingthecut

The winning looks were available for purchase on Amazon immediately following the show, and the overall winner of the competition (Cota) now has an entire collection for sale on the site – that’s in addition to the mentorship he received from Amazon Fashion and million-dollar prize to invest in his brand.

Cota says that Metamorphosis, his debut collection of “progressive streetwear,” represents his transition toward becoming a more evolved designer with a sense of femininity that wasn’t as present in his existing label, SKINGRAFT.

“I learned a lot in the competition about shedding some of the armour,” he says. “I love to design really architecturally. I’ve found a lightness – a lightness in fabric, a lightness in design, and a kind of simplicity.”

The pieces in his collection, including dresses, sweaters, pants, and accessories (many designed to be unisex) are handmade in Bali and incorporate bamboo as an eco-friendly element.

On the show, the judges are super impressed with the line and Cota’s emphasis on sustainable manufacturing – Klum and Campbell both purchase several items from the designer’s pop-up shop during one of the final challenges. After seeing the collection, Ferragni notes, “Every piece looks effortlessly cool. I can see such a different variety of people wearing that.”

Jonny Cota debut collection is available now exclusively on Amazon. Stock is moving insanely fast so checkout the link in my bio before it’s sold out. #makingthecut #jonnycota #amazonfashion #primevideo

After the final episode aired and Metamorphosis became available for purchase on Amazon Prime, the collection sold out within 24 hours, according to an Instagram post from Cota.

Restock Announcement! Replenishing Jonny Cota Studio on Amazon NOW. I have been so blown away by the overwhelming interest in the collection and selling out in 24 hours caught me by total surprise. We are releasing quantities tonight that can be purchased immediately in the U.S. on @amazonfashion and will ship later in the season. I fear this replenishment will go as fast as the first drop so click the link in bio to grab the pieces you’ve had your eye on. THANK YOU SO MUCH FOR YOUR SUPPORT 🖤