Mourinho has been out of work since he was sacked by Chelsea in December.

With United failing to qualify for the Champions League under Louis van Gaal, the Old Trafford hierarchy is thought to have decided a change is required.

It is understood a deal with 53-year-old Mourinho was agreed in principle before United's FA Cup final win against Crystal Palace on Saturday.

The club plan to announce his arrival early next week after telling Van Gaal his reign has come to an end.

The Dutchman still has one season remaining on his three-year deal, but despite spending £250m on new players, his tenure has disappointed many fans, the club finishing fourth and then fifth in the Premier League.

Van Gaal's grip on his job has seemed increasingly fragile this season, with Mourinho known to covet the task of masterminding a revival at United three years after legendary former manager Sir Alex Ferguson stepped down.

Mourinho is one of the game's most successful coaches, winning three league titles in his two spells at Stamford Bridge, as well as guiding Porto and Inter Milan to Champions League victories in 2004 and 2010 respectively.

He also led Real Madrid to the Spanish La Liga title in 2012, and his arrival will mean a mouthwatering resumption of his rivalry with former Barcelona manager Pep Guardiola. The Spaniard will take over at United's arch-rivals Manchester City this summer. 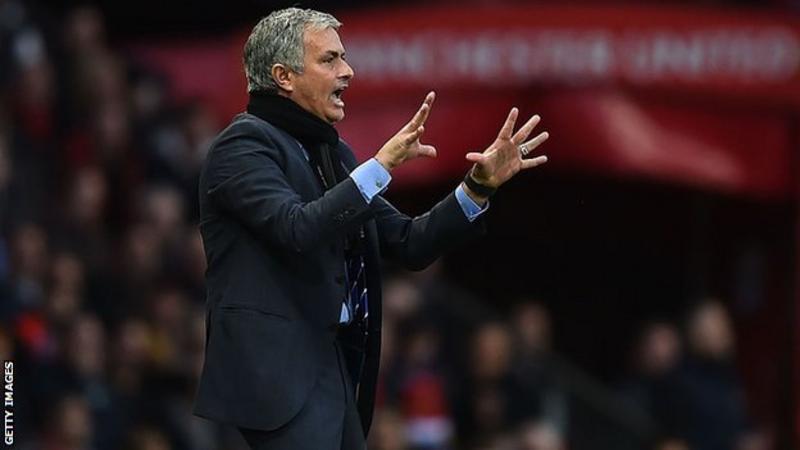 Some senior figures at United were also known to have serious reservations about the prospect of the controversial Mourinho, with some preferring Ryan Giggs as an alternative.

The Welshman, who made a record 963 appearances for the club, took over as manager on an interim basis in April 2014 following the sacking of Moyes, and was understood to be keen on the job.

In February however, BBC Sport revealed that United had held talks with Mourinho's representatives.

Woodward – and United's American owners, the Glazer family – still hoped Van Gaal would lead the club to a top four finish, and up until last month Mourinho's advisers were concerned the club may remain loyal to the Dutch coach.

But fans were not convinced by Van Gaal's tactics. The club's 49 goals in the Premier League this season was United's lowest total since 1989-90, coincidentally a season that also ended with an FA Cup final win over Crystal Palace.

There were occasional high points, not least Van Gaal's theatrical dive in front of the dug-outs during the 3-2 win over Arsenal in February as he accused the Gunners of diving.

But after collecting only three points in six games heading to the end of 2015, Van Gaal has been under intense pressure.

He has accused the media and former players of "sacking him", and cited injuries as the reason why United have been unable to sustain a title challenge.

Nevertheless, Van Gaal's side still had Champions League qualification in their own hands 14 minutes from the end of their penultimate game at West Ham, only to concede two late goals, lose 3-2 and allow Manchester City to claim the fourth qualifying slot.

And, after members of the United hierarchy suggested in December that the season was 80% about the Premier League, it is the failure to qualify for the Champions League that has appeared to seal Van Gaal's fate.