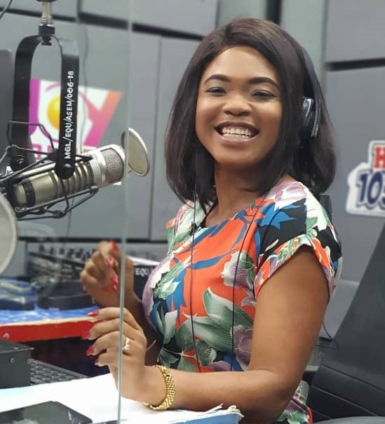 Joy Entertainment’s Doreen Avio is calling for gender balance in the country’s music scene after a survey by the (Disc Jockeys) DJs Union Of Ghana (DJUGA) revealed that less than 6% of DJs are women.

According to her, when female DJs and creatives are supported, it serves as a motivation for others, and in the process, lots of females talents are unearthed.

This, she said, will go a long way to let young girls explore their talents and give disc jockeying a try.

“The Disc Jockeying scene is so diverse, and it’s time females were given the needed support, so they become as good as their male counterparts.

“In my small way, I want to do something to make the scene even more inclusive, vibrant and to offer an opportunity for females, who are often under-represented in this space,” she said.

There have been a lot of conversations globally about gender inequality when it comes to female DJs.

Even in the face of some progress in recent years in the Eurocentric narratives, the quest to unravel new perspectives to balance the music industry’s gender unevenness is an everyday debate.

In the wake of this, the award-winning popular presenter revealed that she will be liaising with the Ghana DJ Awards organisers to support female DJs who will emerge as winners in their respective categories at the 2021 edition.

The Ghana DJ Awards is set to take place at the Accra International CC on November 27 in Accra.

“It can be extremely intimidating for females to try and find their feet in an industry that is dominated by males.

“It can be tough to put yourself out there if you don’t have a network of people behind you doing the same thing.

“It is so important for us to support each other, celebrate our diversity and work towards reconstructing the industry,” she said.

Doreen Avio is an award-winning Radio/Television personality with 12 years of experience.

She has MCed many events, including the recent ‘Ghana Party In The Park’ in the United Kingdom, MTN Music Festival, Hero’s Concert, etc.