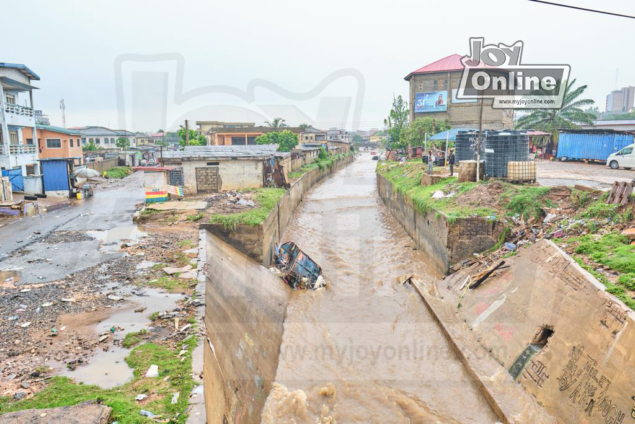 On Wednesday’s edition of the Super Morning Show, listeners of Joy FM reacted to the government’s claim that it has spent GH₵450 million to curtail the flooding menace in the country.

President Akufo-Addo, speaking at the Commissioning of an IHC BEAVER 50 dredging and marine equipment at Adjei Kojo, claimed that a GH₵450 million his government invested in curbing the menace of flooding in the country, has reduced the impact of the menace in the country.

Reacting to the comment, a listener, Prince who called from ‘Koftown’ said “I wish we had not spent the said amount because all that we did is Cos 90,” since the challenge still persists.

He further asked for the government to account for the money spent otherwise, “people need to be arrested, people need to answer questions.”

The second caller, Kwame from new Gbawe, stated that the fundamental problem with government officials is greed.

He noted that lack of proper scrutiny and demand for accountability from government officials is contributing to the problems being encountered.

“For instance, the government told us they are planting some one million trees, but how do we check if they really did or they just spent the money and these are all contributing to the problems,” he said.

“If you want to quantify the amount of plastic waste in our drains, if we recycle them, I’m sure it will cost more than GH₵450 million. So what our environmental officers need to do is to make sure that these things are put in check and that those found culpable are dealt with according to the law.

He noted that the government is doing its best, but if we as citizens continue to dump these things in the drain, there will be no end to the menace.