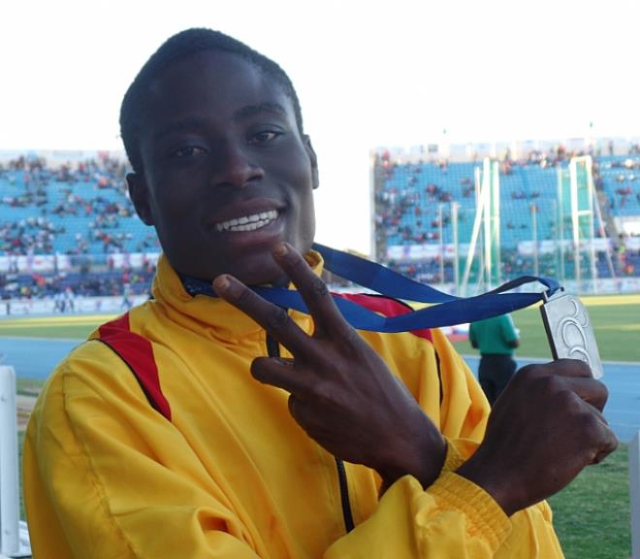 The 2014 world youth Olympics 800metres winner had a stagnated career when all thought she was going to cement her dominance. She fell out with her coach and as if that wasn’t enough, there were clashes with the Sports Ministry.

Despite the concerning issues about Bissah, javeline thrower John Ampomah was undisputedly Ghana’s best athlete of the year. The youngster broke the national time again within the year under review.

To put things into context, Ampomah (below, pictured) has broken the national nine times in the space of three years. To add to this, he won silver for Ghana at the All African Games in Congo. At the same competition, Jordan Yamoah grabbed silver despite Ghana’s inability to access his pole  weeks before the competition. Javelin thrower Mary Zutah.

Looking ahead; long jumper Richard Seklorwu is one to keep an eye on. The youngster  became the first Ghanaian athlete ever to win a gold medal in the history of the Commonwealth Youth Games after jumping 7.67m  to clinch the boy’s long jump in Samoa.

Ghana did not have a representative at this year’s World Athletics Championship in Beijing, China, after two United States-based athletes, Janet Amponsah (below) and Alex Amankwaah were denied visas by the Chinese Embassy.

The Joy Sports team put a multimedia version of this article together on Joy News on Multi TV. Narration was done by Benedict Owusu and Gary Al-Smith.