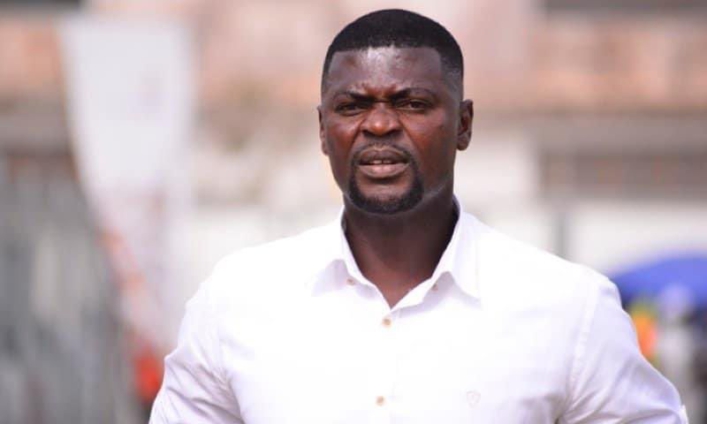 Head coach of Accra Hearts of Oak, Samuel Boadu is confident his side will be able to beat JS Saoura in Algeria ahead of the reverse fixture of the CAF Confederation Cup play-off.

Hearts managed a 2-0 victory over their Algerian counterparts on Sunday, to take advantage of their home outing in the first of two legs to be played in the play-off.

The reigning Ghana Premier League champions will be travelling to the North African country for the second-leg of the game.

Saoura, are yet to lose any of their last 26 home games across all competitions since last losing in December 2019.

During that run, they have won 21 times while drawing on five occasions – scoring 59 goals as well.However, Boadu believes despite their strong home form, Kais Yakoubi’s men are beatable, adding that cannot go unbeaten forever.

“They [JS Saoura] are bound to lose a match. It’s obvious that they cannot [go on without losing a match]. They will lose a match,” Boadu said when asked about Saoura’s 26-game unbeaten home run.

“It doesn’t matter with the changes. How we strategise and how we approach the game is the most important thing to do.”

Having suffered annihilation in their last African game on the road, Boadu knows that it will be important to get things right in the coming weeks and secure qualification into the group stages of the CAF Confederation Cup.