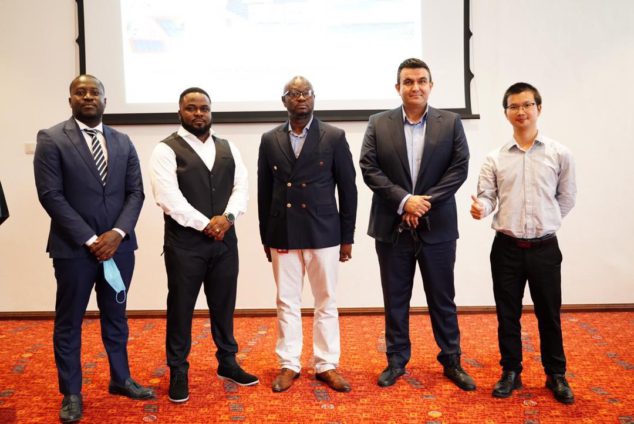 The meeting by the two companies, was meant to dialogue and provide the necessary and updated support to customers and end users on the state-of-the-art solar products distributed by Jubaili Bros.

The meeting provided the platform for customers to ask questions on the latest PV products which are produced by Huawei and traded by Jubaili Bros, and how they are operated to function at optimum levels.

The forum presented an opportunity to the EPCs to engage on industry trends and new directions in the solar energy sector.

Channel Director of Huawei, Randy Oppong, at the meeting, said Jubaili Bros is a value added partner, which provides after sales service for customers who patronize PV products manufactured by Huawei.

“Huawei operates an indirect channel business, which means the company does not sell directly to end customers, but through partners such as Jubaili Bros, a company which is already established and provides the necessary support for our clients. Jubaili has the reach, the expertise and the skills set to be able to provide the necessary support for our customers that patronises Huawei’s solutions”, Mr. Oppong explained.

Jubaili Bros, according to him, is a value added partner for Huawei, across the continent in Kenya, Nigeria and Ghana, adding, “Huawei, in terms of global market penetration, is an industry leader in the solar inverter business”.

In Ghana, the two companies have made some huge inroads, where a 10KW energy solution was commissioned for an orphanage in Koforidua.

Mr Oppong however maintained that it is important for government to allow energy sources such as renewables to come onto the national grid as energy production has become a challenge on the global scene.

Head of Solar for West Africa at Jubaili Bros, Mr Sampson Amanyo-Zickson, said it is ideal for companies and residential facilities to use solar energy because it is cheaper than grid power.

“From the ethical, moral and financial perspectives, solar usage makes sense. It has the lowest maintenance for most of the renewable energy systems and is below grid parity. For businesses that operate within the sun hours, from 8am to 5pm, it makes no sense for such companies not to use solar”, he said.

Currently, issues with climate change and global warming has made the use of solar energy more attractive as it has been identified by the United Nations Framework Convention on Climate Change (UNFCCC) as a key factor in reducing global warming.