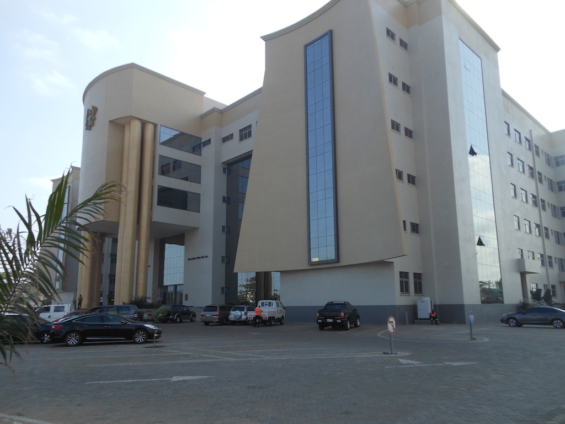 Lawyers for the Ghana Police Service have been ordered by an Accra High Court to justify why it should stop pressure group Arise Ghana from staging a protest tomorrow.

This order was issued after the Court dismissed a second request by the Police to adjourn the case.

The Court earlier gave the Police up until 11:30 am to study documents filed by the group.

At 11:30 am, the Police urged the Court once again to adjourn the matter, arguing they required more time.

Justice Comfort Tasiame turned down the request, saying fairness is not only the preserve of the Police but a right the protestors are equally entitled.

The Ghana Police Service filed the suit to demand a ruling on the time and location of the intended protest by the group.

Explaining the suit, the Service said it was “due to the lack of agreement between the Police and the organisers on time for the demonstration and location for their planned picketing.”

The Police added that it informed Arise Ghana on June 22 of its intention to proceed to Court over the time and location of their demonstration.

However, Arise Ghana has also filed an affidavit in opposition to the suit by the Police.

They argued that “the Greater Accra Regional Police Command, without canvassing any reasonable excuse and without any discussions, meetings or negotiations with respondents, indicated that they could not provide 48-hour security for the intended demonstration as captured in exhibit GPS-2.”

Arise Ghana informed the Police of its intention to demonstrate and picket in front of the Jubilee House on June 28 and 29.

The purpose of the protest is to demonstrate against worsening economic conditions in the country.

The Police subsequently invited the group to a meeting to discuss the time and location of the planned demonstration.

At the meeting, the Police urged the group to conclude its protest by nightfall to ensure the safety of the demonstrators.

But the Group on June 22 responded to the Police that “they are unable to change the time of the demonstration.”

This compelled the Police to head to court for a resolution of the matter.