KAIPTC to hold sub-regional conference over surge in atrocity crimes 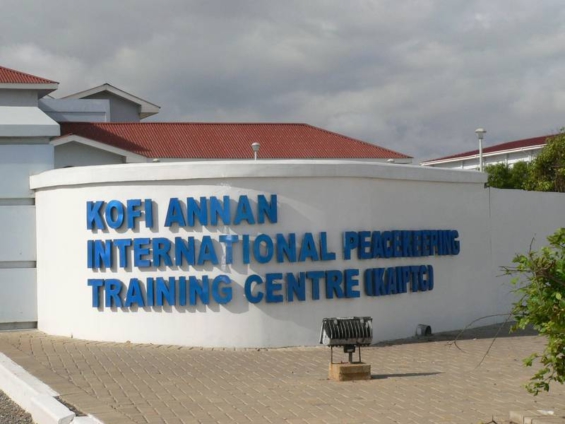 The Kofi Annan International Peacekeeping Training Centre (KAIPTC) will hold a two-day regional conference to address the rise in atrocity crimes in some West African countries.

The event will take place at Senegambia Hotel, Banjul – Gambia from Monday, June 21 to Tuesday, June 22, 2021.

With support from the Government of Denmark, KAIPTC is assembling regional security stakeholders in compliance with the principles of the Responsibility to Protect (R2P) as endorsed by the United Nation General Assembly.

According to the Centre, the alarming rate of genocide, crimes against humanity and war crimes happening in the West African sub-region over the years has necessitated its decision.

“In West Africa, there are numerous recorded cases of war crimes and crimes against humanity in countries such as Mali, Guinea, Cote d’Ivoire, Nigeria, Gambia, etc. where identity-based violence are also pronounced. Recent cases of atrocity crimes in West Africa have further pushed the atrocity prevention agenda to the fore of policy discourses,” the Centre sttated in its press statement.

The two-day regional conference is geared towards providing a platform for engagement on critical policy issues impacting atrocity prevention efforts in West Africa.

Also, some 45 participants chosen from Nigeria, Ghana, Cote d’Ivoire, Liberia and The Gambia will discuss appropriate structures and mechanisms for preventing and responding to the canker as well as “create a networking opportunity for relevant state officials, civil society actors and other practitioners to facilitate a community of practice for atrocity prevention.”

Due to the Covid-19 pandemic, the conference will have some participants partaking virtually.

On Monday, May 24, the President, Prime Minister and Defence Minister of the Interim Mali government were detained by military officers just months after a military coup ousted the previous administration.

President Bah Ndaw, Prime Minister, Moctar Ouane and Defence Minister Souleymane Doucoure were all taken to a military base in Kati outside the capital Bamako.

According to Mali’s interim Vice President, Colonel Assimi Goita, the arrest is due to the state officials’ failure to consult him about the formation of a new government. But on Thursday, May 27, the arrested officials were released.

Meanwhile, both the African Union (AU) and the Economic Community of West African States (ECOWAS) have suspended Mali due to the unresolved political instability.

Nigerians on Saturday, June 12, hit the streets nationwide to commemorate Democracy Day as well as to demand from the government a governance that truly keeps the needs of the citizens at heart.

Reasons for their protest included the demand for the lifting of the ban on Twitter by government, the immediate resignation of President Muhammadu Buhari, an end to terrorist attacks that have taken the lives of many, provision of good health, and educational systems among others.

During the protest, some protesters were met with opposition as police personnel shot at the crowd at Ijebu Ode in Lagos.

In October last year, Nigerians demonstrated on the streets with the protest #EndSars after the alleged killing of a young man by officers from the Sars unit.

The matter took over media space both locally and internationally with members of the Economic Community of West African State (ECOWAS), many African and International bodies, several artistes including Beyonce, Rihanna, Wizkid, and Davido among others calling for the end of police brutality in Nigeria.

President Muhammadu Buhari on the matter warned hoodlums who have hijacked the End SARS protest to cause mayhem across the country to stop.

“I must warn those who have hijacked and misdirected the initial, genuine and well-intended protest of some of our youths in parts of the country, against the excesses of some members of the now disbanded Special Anti-Robbery Squad (SARS).

“On Monday 12th October, I acknowledged the genuine concerns and agitations of members of the public regarding the excessive use of force by some members of SARS,” he said.

However, his comments were not welcomed by some members of the general public who continued with the demonstration that lasted close to a month.