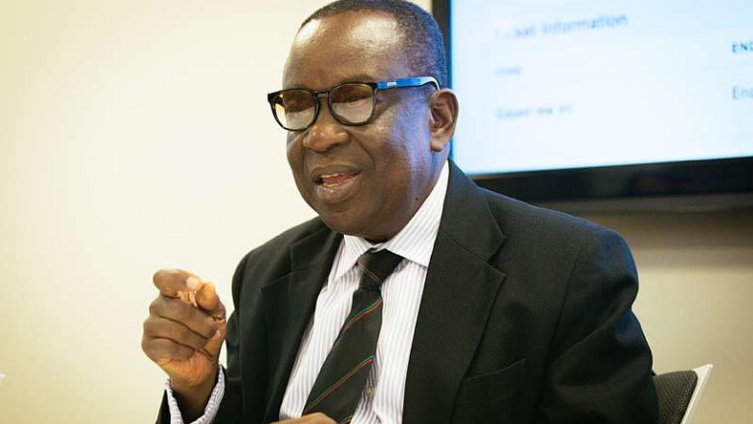 Security analyst, Prof. Kwesi Aning has said that the admonishment by the National Security Minister, Albert Kan Dapaah to the judiciary does not amount to an accusation against the institution.

Prof. Anning believes the Minister only cautioned that some rulings have national security threats.

The National Security Minister, Albert Kan Dapaah, speaking at a sensitisation workshop on the national security strategy for judges of the superior courts, warned that the perception that the judiciary is biased has dire consequences on the country’s security.

According to him, the citizenry may be forced to take the law into their own hands for personal satisfaction if the bench is deemed to be biased.

“If the interpretation of the law is tilted in our favour all the time, people will start accusing the judiciary and will not have the confidence that they need,” Mr. Kan Dapaah added.

He also asked some prominent lawyers in the country to add their voices to the conversation.

“I think Mr. Kan Dapaah’s cautionary note is not accusatory, and therein lies my usage of the word early warning, and I think he uses the word, tilt, in a particular sense. So can there be situations where decisions are made which are perceived to be fair and neutral but still create this sense of it being titled? I think these discussions must bring the heavyweights like Kweku Azar who has written extensively about the performance of the apex court, Prof. Raymond Atuguba who has said and stated very clearly about the tilts of the courts, depending on who appointed them and certainly, Mr. Kwesi Prempeh, precisely because what Mr. Dapaah has said is to say that the dispensation with which decisions are made can create insecurities, and it is that cautionary note that we need to take seriously?”

In recent months, the opposition National Democratic Congress (NDC) in particular, has accused the judiciary of being biased because the party has lost a string of cases before the courts.

As a result, some of their faithful have tagged the apex court as “Unanimous FC” due to some of their unanimous rulings on some cases brought before them.

DISCLAIMER: The Views, Comments, Opinions, Contributions and Statements made by Readers and Contributors on this platform do not necessarily represent the views or policy of Multimedia Group Limited.
Tags:
Albert Kan Dapaah
Prof. Kwesi Aning
Supreme Court