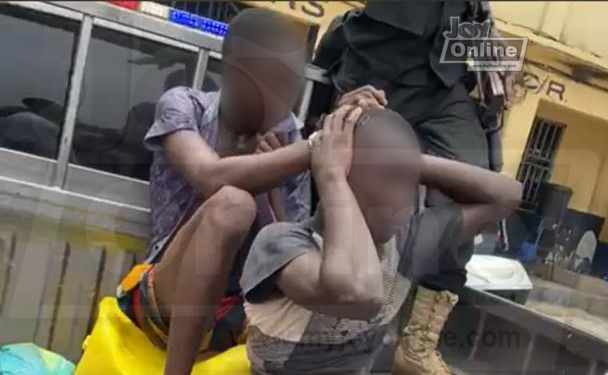 Lawyer for the two accused persons standing trial in the murder of the 10-year-old boy at Kasoa says he was shocked by a confession of one of the accused persons in court, that they had murdered a pregnant woman in the past.

A juvenile offender Felix Nyarko, 15, and Nicolas Kwake Kani, 18, have been officially charged for the murder of Ishmael Mensah Abdullah on April 2, 2021.

The Counsel, Samuel Attuah observed that he held a conference with the accused persons before the committal proceedings but the two did not mention that to him.

“I told them that whatever they say would be used against them but they didn’t mention to me that they have previously committed such an offence- that is killing a pregnant woman” I was shocked when I heard it,” the lawyer added.

According to the lawyer, the revelation was prompted by a question posed by the judge to the two accused persons, Felix Nyarko 15 and Nicholas Kwame Kani 19. The judge asked if they had anything to say for the court to capture and submit same to the trial court.

Mr Attuah says he had wanted to raise an objection but was prevented by the court.

The Kaneshie District Court committed the two teenage boys to stand trial for murder at the High Court.

This was after the Prosecution led by Nana Adoma Osei filed a new Bill of Indictment (BI) in the court on Monday.

As part of the material list of evidence (exhibits) attached to the BI are a club, pickaxe, a shovel, a spade, pieces of cement blocks, samples of soil with the bloodstains from the scene and pictures of all the exhibits.

Also in the BI were, investigation cautioned statements obtained from the accused persons, postmortem examination report, picture of the deceased among others.