Kasoa shooting: Hawa Koomson must resign and be arrested by police – Festus Aboagye 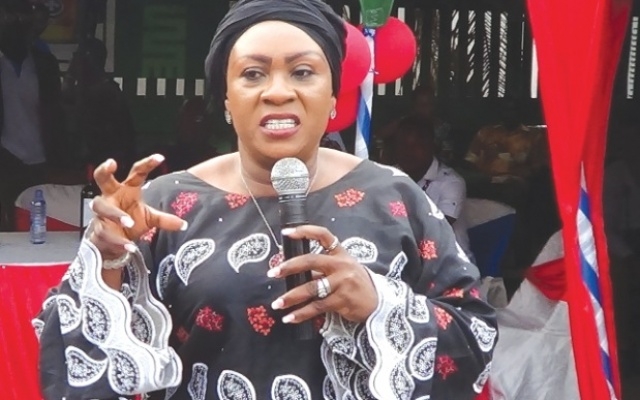 Security analyst Festus Aboagye is calling for the resignation and arrest of Minister for Special Development Initiatives, Mavis Hawa Koomson for firing a gun at a voters’ registration centre in Kasoa.

Expressing his displeasure over the incident on Prime Morning Tuesday, he said the best move for the Minister was to resign from her post.

“This is a Minister and a lawmaker who violates the very law that she has participated in establishing. What else can you say?

“That is not acceptable. The right thing to do is either to resign or for her to be recalled by whoever appointed her,” he told Daniel Dadzie.

The Awutu Senya East MP admitted to firing warning shots at the Step To Christ centre in her constituency during the ongoing registration exercise on Monday.

She justified the decision to carry a firearm to the area as a means of personal protection.

‘My police escort had not started work yet. So that is a mechanism I have adopted in his absence,’ she told Adom News on Monday.

The Minister said her presence at the centre was necessitated after she got information that her opponent had bused people to the venue.

She explained that ‘I realised the lives of my people were in danger. So I wanted to scare the people. I fired the warning shots. I didn’t direct it at anybody.’

But the security analyst believes the Minister should have been picked up by the police as well.

They have been provisionally charged with disruption of the process, discharge of firearm without authority and causing unlawful damage.

“Assuming that she had been an opposition Member of Parliament, wouldn’t she have been invited by the police?” he quizzed.

The security analyst also demanded that the MP apologises to Ghanaians for her actions which he describes as unacceptable.