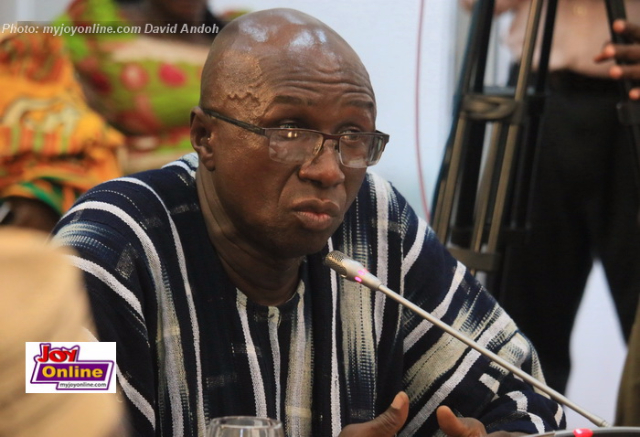 The Interior Minister, Ambrose Dery has reminded the chiefs and people of Bole traditional area in the Bole district of Savannah Region to keep the current peace or risk having another curfew imposed.

The Minister who was speaking as the head of government delegation at the final funeral rites of the late Member of Parliament (MP) for then Damongo/Daboya, Alex Sofo Seidu in Damongo, said government lifted the curfew following the good counsel and recommendations by the king of Gonja land, Yagbonwura Sulemana Tutumba Bore-Essa I.

He also added that the Savannah Regional Security and would ensure that peace prevails in the area.

People from all walks of life and the political divide were in attendance to pay their last respect to late Alex Sofo Seidu.

The Savannah Regional treasurer of the opposition National Democratic Congress, NDC, Ali Kasim said the demise of the late MP has created a vacuum in the areas of leadership and philosophy and would be missed.

Savannah Regional Minister, Adam Salifu Braimah recounted the role the late Alex Sofo Seidu played in the areas of road networks, education, business and general support for humanity adding that the deceased would be missed with no immediate placement the NPP in the region.

The late Alex Sofo Seidu until his demise, was an educationist, politician, philanthropist, an entrepreneur and traditional ruler.

He was born in 1950 and started his education at Busunu L/A Primary School in Busunu through to the then Damongo Middle Day Boarding school in West Gonja district before enrolling in EP Teacher College of Education, Bimbila.

After college, late Sofo taught briefly and was promoted to the West Gonja district education office before joining partisan politics in the year 1996. He went to Parliament for two terms, thus, 2000 and 2008 and was Deputy Minister for Roads and Highways in his second term in Parliament under former president John Agyekum Kufour.

Late Alex Sofo Seidu before his demise was enskinned a sub-chief with the skin name, Frewura and also as a member of the council of elders for NPP in Savannah region. He left behind two wives and ten children.

The late MP would be remembered for tarrying the Damongo township and hospital roads, the boarder status for Ndewura Jakpa  SHS and the establishment of  Damong Nurses training college among others.