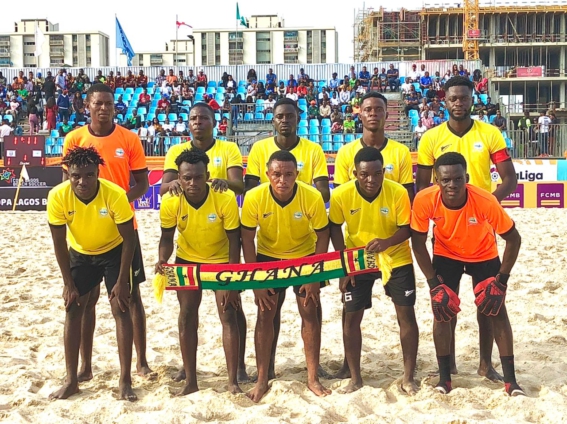 This follows discussions between the Volta-based club and the FIFA accredited body.

According to the Chairman of Beach Soccer Ghana Yaw Ampofo-Ankrah, the three times Ghanaian club champions have received notification of the event which is scheduled to come off in Fuerteventura, Spain in April.

Sunset Sports CEO and Vice Chairman of the Ghana Beach Soccer Clubs Union (GHABSCA) Dzidodo Ruben Adjahoe has also confirmed the club’s interest in the event and stated it is a key objective to play at the world event.

“It’s been in our plans to play at the world winners cup right after we won the African Club Challenge in Lagos. It’s just right that we test our strength against the big boys after dominating in Ghana and conquering Africa. It’s also important because playing on the stage will get us on the FIFA world rankings”.

The award-winning CEO also gave indications that his club will work hard in seeking support to participate in the tournament.

“It’s a big tournament and a lot of finances is needed to participate. We are seriously considering it so we will get to work and seek all the support we can get from corporate Ghana and our people from Keta and the Volta Region”. Adjahoe concluded

Sunset Sports Keta is Ghana’s most successful beach soccer club side having won the Ghanaian championship three times in four seasons. The Keta based side currently holds the title for the biggest African Beach Soccer Club tournament, Copa Lagos.

DISCLAIMER: The Views, Comments, Opinions, Contributions and Statements made by Readers and Contributors on this platform do not necessarily represent the views or policy of Multimedia Group Limited.
Tags:
beach soccer