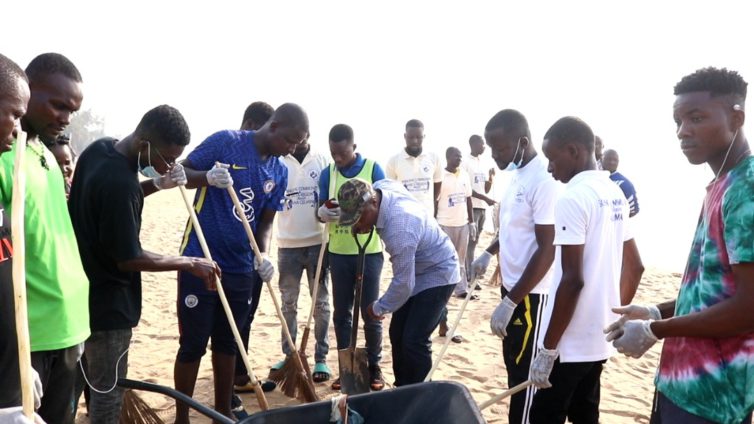 Following the Farmers’ Day celebration on Friday, December 3, some residents in the Ketu South Municipality took to the streets to clean the gutters, beaches and lorry stations within the municipality.

The residents, made up of groups from Denu and Aflao included; the Royal Guards by Torgbui Fiti, Heroes of Change, Songhor community and Wasteman group. They were led by the Municipal Chief Executive, Maxwell Lugudor.

Sanitation issues in Ketu South Municipality especially in Aflao has been a major challenge for decades.

Open defecation especially at the beaches along the coast of Ketu South is a worrying trend together with the indiscriminate dumping of refuse at unapproved areas in the cities.

Some residents who spoke to JoyNews commended Mr Lugudor for the initiative which is targeted at making the municipality the cleanest in Ghana. They promised to assist the new MCE to achieve this goal.

A member of the Wasteman group noted that it is important to make sure that the communities, especially the streets and beaches are always clean and tidy to help the municipality rub shoulders with others.

On his part, Mr Maxwell Lugudor emphasised that the law will deal with anyone who engages in indiscriminate dumping of waste.

“I am not joking with sanitation issues and  my administration will not take it lightly with anyone who refuses to comply with the laws on sanitation.”

DISCLAIMER: The Views, Comments, Opinions, Contributions and Statements made by Readers and Contributors on this platform do not necessarily represent the views or policy of Multimedia Group Limited.
Tags:
Ketu South
MCE Maxwell Lugudor