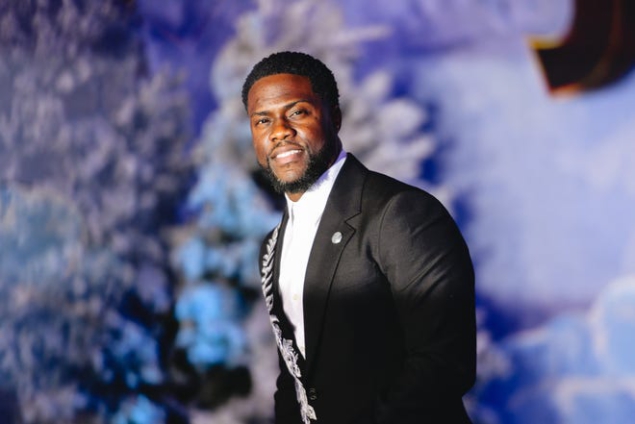 Kevin Hart has revealed that he’s the one who sent his buddy, Nick Cannon, a vending machine full of condoms.

Hart took to Instagram Tuesday to share that the NSFW (not safe for work) gift was the latest stunt in the pair’s “prank wars” competition.

“I see u got my gift @nickcannon ….GOTCHA B***H!!!!!! 😂😂😂😂😂….Now u don’t have an excuse because the condoms are free 🤦🏾‍♂️🤷🏾‍♂️☺️☺️ #PrankWars,” Hart wrote alongside a photo of Cannon posing next to the fully stocked vending machine.

On Monday, the talk show host shared that he received a vending machine full of condoms.

“Looks like somebody just sent me an early Valentine’s Day gift!! Vending Machine full of Magnums🤦🏾‍♂️❤️,” the 41-year-old wrote next to the same photo of him in front of the red-bow topped condom dispenser.

The gift comes after Cannon revealed that he is expecting his eighth child with Brie Tiesi during the Jan. 31 episode of The Nick Cannon Show.

The television personality joked that he is “starting his own football team,” before revealing that his latest addition will be a baby boy. In addition to sharing the news, Cannon posted pictures from the baby shower that the pair hosted the previous day.

“It’s a boy! We found out yesterday,” the proud dad said. “Everyone knows I have a lot of children. It’s never a competition. Each one is special.”

The news of his latest baby’s arrival also came after the Wild ‘N Out host and Alyssa Scott’s son, Zen, died at 5 months old after a battle with brain cancer.

DISCLAIMER: The Views, Comments, Opinions, Contributions and Statements made by Readers and Contributors on this platform do not necessarily represent the views or policy of Multimedia Group Limited.
Tags:
Kevin Hart
Nick Cannon
Valentine's day