KiDi to collaborate with Bollywood star on new track 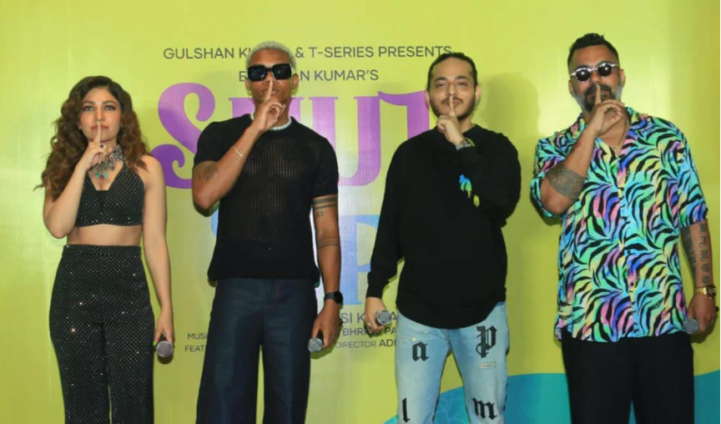 Highlife/Afrobeats artiste, KiDi has announced a collaboration Ghanaians did not see coming, after being in talks with some Bollywood legends.

Fans are in anticipation of a new song from KiDi featuring famous Bollywood movie star and singer, Tulsi Kumar.

As part of the deal, the two are shooting a classical video for their song titled Shut Up in India.

Fans of the two artistes have described the collaboration as a cross cultural representation at it’s finest, and Gal Dem Sugar KiDi is learning some Bollywood dance moves to bring a touch of perfection to it.

He was captured in two different scenes fully clothed in traditional dhoti costumes while on a boat.

Kidi raising high the flag of Ghana in India🇮🇳🇬🇭😂❤️ pic.twitter.com/wo5CZVwyfp

Speaking on the fusion at the launch of their song, KiDi said he took inspiration from Bollywood movies which incorporated some elements of Afrobeat and Indian classic.

This is KiDi’s first Indian collaboration, but on the part of Tulsi Kumar, this is her very first international collaboration.

#TulsiKumar and #KiDi spotted on a houseboat in Kerala ..leaked footage of them dancing together on viral track ‘Shut Up’ proves it all.@TulsikumarTK @KiDiMusic #radioandmusic pic.twitter.com/7txqU5wuff

This comes after the success of KiDi’s Touch It in India.

DISCLAIMER: The Views, Comments, Opinions, Contributions and Statements made by Readers and Contributors on this platform do not necessarily represent the views or policy of Multimedia Group Limited.
Tags:
India
KiDi
Tulsi Kumar