Kirani Ayat vs GTA; end the tug of war but the creative industry needs to be protected from creative theft 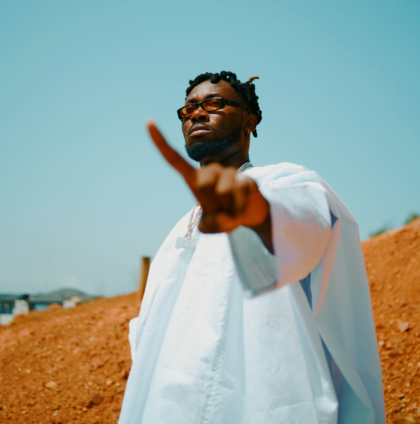 The issue of intellectual property right appears to have dominated the Ghanaian arts and entertainment space, thanks to what appears to be a mistrust between artist Kirani Ayat and the Ghana Tourism Authority (GTA).

The artist says the Authority used a portion of a music video he produced without seeking his consent. Portions of the video “GUDA” forms part of an elaborate project produced by the Authority to facilitate an ongoing campaign to encourage the rest of the world to visit Ghana and share in her culture.

And even before the fires between the two could be put off, UK based Ghanaian British artist FUSE ODG has also come out to accuse the GTA of using his works without his permission. FUSE who said he willingly contributed the theme song for the “YEAR OF RETURN”, is unhappy another song of his has been used without recourse to him.

The unfortunate controversy reminds me of an interview I had with the late Mark Tonto of Osibisa fame. He told me of how he was still receiving payment for the works the band produced. It was in 2008.

The article formed part of works commissioned by a Swedish magazine on intellectual property rights in Africa’s creative industry. The piece interrogated the effectiveness of our copyright rights law and whether it was protecting the works of those whose works are being used without any benefit coming to them.

I was fortunate to speak to Uncle Mark, as I used to call him, who was kind enough to sit down with me on a short notice. Mr. Tonto was a member of the famous Osibisa group, the afro rock band formed in London in the late in 1960s, and which took the world of music by storm.  Our meeting took place at the then World Bank office at North Ridge, where an exhibition was underway.

Dressed in a sleeveless batik shirt, at nicely trimmed thick moustache and a trumpet firmly clutched in his right hand, he politely disentangled himself from other guests who appeared to be enjoying his company. I wanted just thirty minutes, but the interview lasted almost an hour. A. large chunk of the interview focused on his life with Osibisa, post the band and what he had been up to. I also wanted to know about royalties for members of the band. I did not finish my question when stopped me and asked if I listen to the BBC Network Africa program, the breakfast show on radio which is now defunct. I said yes.  He said the jingle for the program was their composition and anytime the show went on air, royalties were paid to each member of the band. “Good money” came his way, he said with a big laugh.

We both went for a drink after the interview, shook hands and parted ways. Just when I was about leaving, he tapped me on the shoulder and said, “the system here in Ghana does not protect any of my contemporaries-many have good hits but not even a pesewa gets to them.” It was such a powerful quote I included it in the article.  In 2010 he passed, and a concert was held in his honour. I wrote back to the foreign news outlet and asked if they were interested in a story from the concert. The editor, who said he was a big fan of Osibisa’s “Coffee” song, told me to see what I could get from the event. The famous trumpet was auctioned. For some strange reason when I later got back from the concert, this was around 1am in the morning, I went back to the tape and played back the interview.

Towards the end of it, he told me about the story of a popular Ghanian musician whose compositions were being used without the expected financial rewards. He gave me his name. That musician performed at his funeral and told the crowd about the friendship he had with Mark Tonto, and how he was pained he had limited avenues in the country to take on those who appropriated his works without paying for them.

The following morning, I called one of the organisers to see if I could speak to this said musician. I was fortunate enough to meet up with him before he headed back to Kumasi, where he lived at the time.  He knew Mark Tonto from when they were growing up and, though he said he was behind the composition of some of the popular songs often played on the radio, he never got anything from them. I said my goodbye and left.

Back to Ayat and the GTA, the artist alleged a tweet by President Akufo-Addo contained a video which belongs to him. He said the material had been posted without recourse to him.  He said he reached out to the Ministry of Tourism in 2018/19 for them to use the video to promote tourism in the northern sector. Unfortunately, nobody from the ministry got back to him. He was therefore surprised to find aspects of the video in a new campaign by the GTA, which his marketing the country as the preferred destination for tourists. The GTA however responded to his tweet and denied ““stealing” his work. The Authority says the video was rather acquired from an agency for a 2019 project.

I later heard the Chief Executive of GTA Akwasi Agyeman on Asempa Fm, a Twi speaking station, insisting they did not steal the works. Whilst I commend him for coming out to say they were willing to engage the artist, I also found it odd his continuous claim that they acquired the material from an “agency” and that, a small portion of the video was used. I wonder how that line absorbs the GTA from any blame, because if the artist decides to press charges for copyright infringements, the GTA cannot hide behind an “agency” to plead ignorance.  The said agency has also denied the claim by the GTA. But be that as it may, I hope the situation is resolved, because Ghana becoming a preferred destination for tourists will reflect positively on almost every sector of the economy.

Be that as it may, and without necessarily a reference to this specific tussle, it is however insensitive, arrogant, and disrespectful, the attitude of those who think they have the right to use the works of other people without seeking   their permission or offering the right compensation. How do people expect an artist who has pumped money into a project to sustain him or herself, when the works are taken without any compensation?

My good friend the late Emmanuel Bobbie was once forced to take to Facebook to call out a public institution who had used his works for its investment pleadings. This same institution knew about his work and what he could offer but did not find him good enough to do its work. The institution outsourced the gig to another agency who then went ahead to steal Bobbie’s works for the promotion. For those who knew Bob, he never got entangled in those situations but on that day, he called out the very institution and its chief executive for the disrespect shown to his career.

It appears in this country people and institutions have zero respect for intellectual property rights. People behave as if they are doing one a favour by inappropriately using their works without asking them.  Some also think they must have unfettered access to creative works and no one has the right to question them.  A case in point is this year’s Chale Wote festival at Jamestown, Accra, where some unruly elements from the Accra Metropolitan Assembly (AMA) forced vendors to pay them sanitation tax. Those who refused to pay had their items vandalised by them. And though they took the money from the vendors, they never cleaned the place as they had promised.

Apart from those persons, you had corporate entities who thought it was ok to leverage on the ground to promote their business interest. These entities forgot thousands of cedis went into putting the show together, and the organisers deserved something from it.   The festival did not just appear on the streets; somebody had to dream the concept, put it on paper and despite the crude attempts to undermine it, still got the festival to happen.

Why do people think it is fine to use materials from the festival for their commercial interest but are opposed to being asked to respect the intellectual rights of the organisers?

Such persons should check how much the late Manu Dibango took from the late Michael Jackson and Rihanna, who sampled portions of his 1972 classic “Soul Makossa.”

Our creative industry can be lucrative only when people are prepared to pay for the works of those who operate in the space.

DISCLAIMER: The Views, Comments, Opinions, Contributions and Statements made by Readers and Contributors on this platform do not necessarily represent the views or policy of Multimedia Group Limited.
Tags:
Ghana Tourism Authority (GTA)
Kirani AYAT