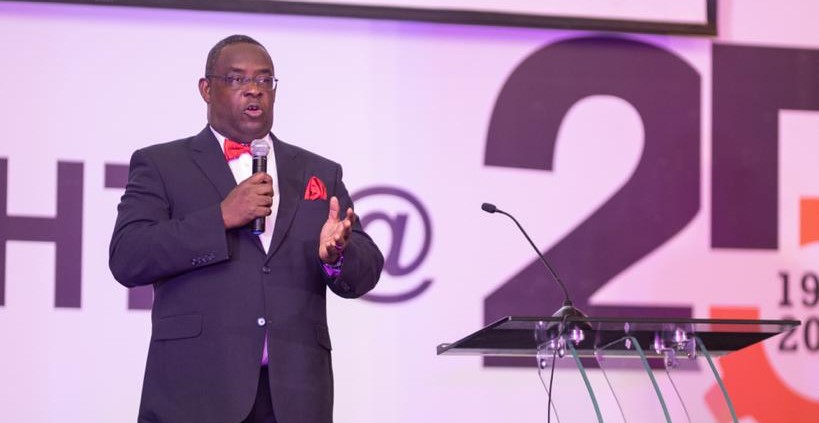 A technology company, Knights Ghana Limited says it is ready to hand over 30 composite modular steel bridges to the government.

These bridges are meant to improve the daily activities of people and resolve critical challenges in communities and towns across the country as part of a Czech government support to Ghana.

The 30 bridges are part of the first 50-batch a €50-million project executed by Knights Ghana Limited, a subsidiary company of Knights a.s of the Czech Republic under an agreement between the governments of Ghana and the Czech Republic.

The Chief Executive Officer and Chairman of the Board of Directors of the Knights a.s of the Czech Republic, Dr Karl Laryea, who announced this in an interview after the launch of the 25th anniversary of the company in Accra ranging from a 20-metre span to a 50-metre.

He said the company had written to the government for official handing over of eight of them, which can be used now.

“The rest of the 22 are going through testing processes with small drainage systems needed to be completed by the ministry, which is not part of our scope of work,” he explained.

Dr Laryea explained that some of the bridges were replacements for old ones, while others were provided for the very first time.

Explaining what accounted for the delay, Dr Laryea explained further that the bridges were to have been completed by May 31, 2022 but, “due to the COVID-19 pandemic and delays for the Electricity Company of Ghana and the Ghana Water Company to relocate the services lines, about four (4) of the sites are yet to begin.

He also mentioned that excess rainfall in the Western part of Ghana, as well as the Northern part of Ghana after spillage of the Bagre Dam prevented most of the contractors from working,”

Throwing more light on the project, Dr Laryea, said the number of bridges to be constructed were 200 during the signing in 2007, at a cost of €200 million.

He indicated that due to financial constraints, the contract was broken down into four tranches, and in April 2019, an agreement for the first tranche of 50 was signed.

Dr Laryea further explained that on that same day in April, a Czech Republic bank, Ceskoslovenska Obchodni banka, a.s. (CSOB), signed a loan agreement for the project with Ghana’s Ministry of Finance.

“This agreement came into force on June 1, 2020 and we are expected to complete it by the end of 2022. Out of the ongoing 50 bridges, we are supposed to fully inaugurate 25 of them by the end of March 2022, while the remaining 25 will be handed over to the ministry by the end of this year,” he explained.

Dr Laryea added that due to the “excellent work being done by Knights, the Minister of Roads and Highways had decided to start the process of acquiring funds for both the second and the third tranches this year, so that by 2023, when we would have finished with the first tranche, we can start the second tranche”.

DISCLAIMER: The Views, Comments, Opinions, Contributions and Statements made by Readers and Contributors on this platform do not necessarily represent the views or policy of Multimedia Group Limited.
Tags:
Bridges
Knights Ghana Limited