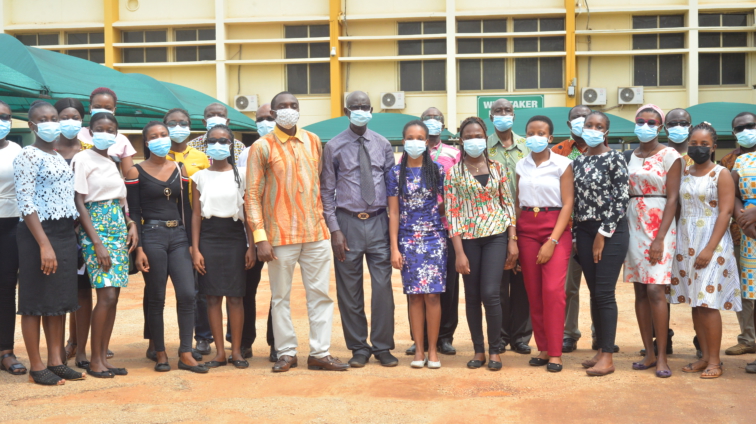 Twenty-one female students of the Department of Physics, Kwame Nkrumah University of Science and Technology (KNUST), have benefited from the Dr Rose Whittaker Endowment Fund.

The beneficiaries were awarded for their exceptional academic performance in Physics and Meteorology, and Climate Science.

The 16 undergraduates and five postgraduate female students received ¢2,000 each.

The Whittaker Endowment Fund was started by the late Dr Rose Whittaker in 1998 to award excellent female students in Physics.

The award scheme was established as bait to attract female students to pursue a career in the programme.

The Board Chairman, Eric Nkoomsah, says suggestions to include male students in the award scheme will soon be addressed.

“I heard some students suggest we include male students. So we will sit down with the board and see if a few male students can be included,” he said.

One of the beneficiaries, Mumuni Rukaya, shared her excitement and plans for the money received.

“The financial aspect plays a major role. It’s so disturbing when you can’t afford to pay for some things. So I’m grateful to have won this award,” she said.