Kofi Annan likely to be buried on September 13 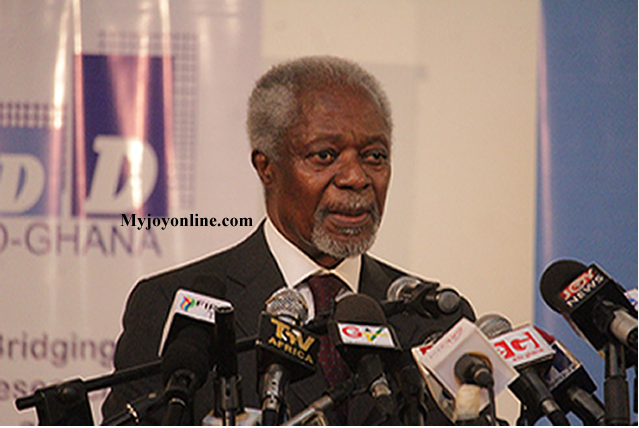 The funeral is likely to take place on September 13, 2018, if the family of the late diplomat should agree with the proposal by the president.

Addressing a seven-member delegation from the family of the late former United Nations Secretary-General, at the Jubilee House the president said all expenses for the funeral will be fully taken care of by the State.

He added that the State Protocol Department will be liaising with the family to work out all the full modalities for the funeral.

The family had officially come to inform the president of the passing of the late diplomat.

The President said the VIP section of the new military cemetery at Teshie, should be the most appropriate place of final rest for the remains of the late Kofi Annan.

He told the family to give his suggestion some consideration and agree with the Director of State Protocol who was present at the meeting.

Mr Annan died in Switzerland on August 18, 2018, after a short illness.

He had served as the UN Secretary General from January 1997 to December 2006.

His illustrious career saw him win the Nobel Peace Prize in 2001.

His death came as a shock to many with world leaders pouring out words of condolences to the family of the late consummate diplomat.