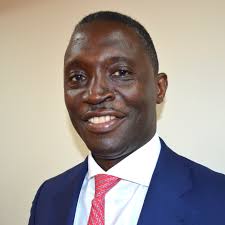 An economic analyst with the Ghana oil and gas for inclusive growth (GOGIG) says the son of Senior Minister must recuse himself from any position relating to the Agyapa Minerals Royalties deal.

Samuel Bekoe said the presence of Kofi Osafo-Maafo in the deal may result in issues of conflict of interest.

He, therefore, wants Yaw Osafo-Maafo’s son to recuse himself from any position in that regard.

“This is not a matter of someone who qualifies being denied the opportunity to hold a public position when the person is politically exposed, however, it is because we know that your private interest will always be ahead of your public duty,” he told Winston Amoah on the Super Morning Show Wednesday.

His comments follow justifications by some members of government on the appointment of the Senior Minister’s son.

Government officials such as Information Minister Kojo Oppong Nkrumah and deputy Finance Minister Charles Adu Boahen believe that there is no need denying a qualified person an appointment just because he is related to someone in government.

They have argued that his appointment was done through a rigorous process by an independent internationally recognised global headhunting firm Conferi.

Nonetheless, Mr. Bokoe believes that the appointment for the position should have been done in a more open way in order to ensure fairness and transparency, knowing very well that someone related to a prominent government official was involved.

“What we are saying is that once there is a politically exposed person, first, the disclosure must go beyond a usual disclosure. You need to ensure that you update the public on every step of the process, every stage you get into and that is what we are asking for.

“Because there is a politically exposed person, it raises the risk of nepotism and therefore the only way you can deal with the risk is to you ensure that you publish enough information and you make sure that anybody related to such persons recuses themselves or resign themselves from that activity,” he added.

Meanwhile, the Agyapa Minerals Royalties deal which was recently approved is still battling opposition from the public domain.

Parliament gave an approval for the creation of a Special Purpose Vehicle (SPV) in fulfilment of the Minerals Income Investment Fund Amendment which is yet to be assented by the President, however, Civil Society Groups are demanding the withdrawal of the deal for what they say is a lack of transparency.

They therefore have urged the public domain to resist the deal until the beneficiary owners of the deal have been disclosed.