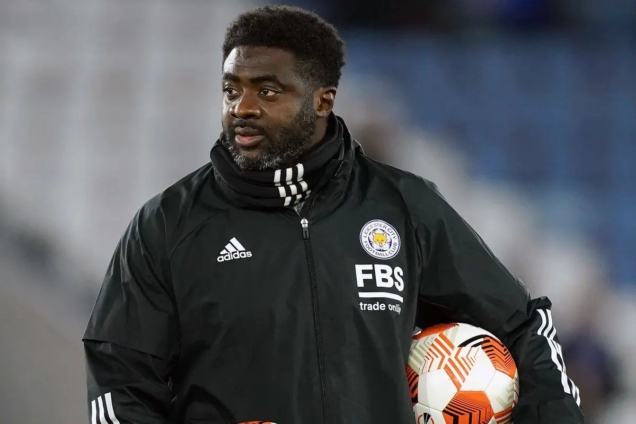 The 2015 Africa Cup of Nations winner takes over the Manchester-based club on a three-and-a-half-year deal following a spell with Premier League club Leicester City as one of Brendan Rodgers’ assistant coaches.

He replaces Leam Richardson, who was sacked after only seven games in charge.

Wigan Athletic confirmed the 44-year-old’s appointment in a statement on their website on Tuesday in what is his first head coaching role.

“Wigan Athletic Football Club is delighted to confirm the appointment of Kolo Touré as the Club’s new First Team Manager,” the statement said.

“Touré arrives at the Club on a three-and-a-half-year deal from Leicester City, where he was operating as First Team Coach as part of Brendan Rodgers’ coaching staff.

“Also arriving at Latics will be Kevin Betsy and Ashvir Johal, with both joining the backroom coaching staff at the Football Club that includes Rob Kelly – who has agreed to continue in his role as Assistant Manager.”

Wigan are currently third from bottom on the Championship table after 21 games into the 2022/23 season.

The club adds that Kolo Touré will travel to Turkey to join Wigan in their mid-season training camp as they look to turn things around when the season resumes from the World Cup break.

The former defender started his career at Ivorian club ASEC Mimosas in 1999 and had an illustrious playing career with Arsenal, Manchester City, Liverpool and Celtic, as well as 120 caps for his native Ivory Coast.

Touré made more than 500 senior appearances over a 15-year period, with an honours list that includes two Premier League titles – one as an Arsenal ‘Invincible’, two FA Cups, and two Scottish Premiership titles.

DISCLAIMER: The Views, Comments, Opinions, Contributions and Statements made by Readers and Contributors on this platform do not necessarily represent the views or policy of Multimedia Group Limited.
Tags:
Adamu Benin Abdul Karim
Ivory Coast
Kolo Touré
Wigan Athletic