Kpando independent Parliamentary candidate laughs off his dismissal from NDC 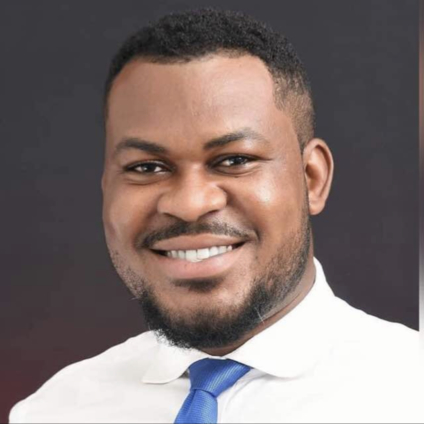 An independent parliamentary candidate contesting the Hohoe Parliamentary Seat has ridiculed his dismissal from the opposition National Democratic Congress.

Isaac Newton Nyagbe said he had already forfeited his membership of the party when he conceived the idea to run as an independent candidate since the NDC had failed to deliver on its mandate in the constituency.

He is among the 18 individuals who were dismissed by the NDC for filing to contest as independent parliamentary candidates in the December 7 polls.

However, expressed utmost surprise at the rumour of his disqualification from the parliamentary contest, following news of his dismissal.

”What marvels me is the rate at which the NDC is making mischief of this, telling the public that I am no longer contesting as an MP, not telling them that they had dismissed as a member of the NDC”, he said in an interview with Joy News.

Nonetheless, he is optimistic about wrestling the Kpando parliamentary seat from the incumbent Della Sowa to allow him to harness both human and intramural development in the constituency.

The Concerned Youth of Kpando Constituency equally ridiculed the dismissal of Mr. Nyagbe and lambasted the NDC delegates for electing the ”nonperforming” incumbent Dela Sowa to bid for her second term in parliament.

According to the Convener, Kojo Addae, the group decided to push Mr. Nyagbe to contest as an independent candidate after realizing the NDC was only bent on electing the highest bidder during primaries as their candidate, without considering competence.

“For decades now, we do not know what our representatives that we have voted for on the ticket of NDC have been doing in Parliament. All we see them do is buy big cars, enrich their immediate families and bring the crumps to the constituents in the form of pieces of cloth, cutlasses, a Ghana cedi note just to mention a few.”

He further indicated that ”this year, we have decided to change this myopic narrative by rallying behind one of our own. We, therefore, have no doubt that Isaac Newton Nyagbe can best perform this task and we the teeming youths of Kpando Constituency come 7th December would vote massively for him to become the next member of Parliament for the constituency”.

Mr. Addae added that the youth believes the NDC holds no interest in the development of the Kpando Constituency, hence they ”would advise ourselves on whom to vote as President and Member of Parliament come December 7th”.

”And we call on our mothers and fathers to equally support Isaac Newton Nyagbe to win the seat for Kpando and not for any political party”, he concluded.