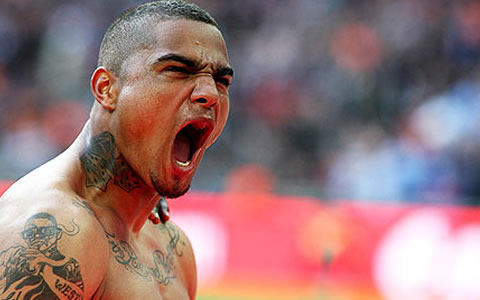 Schalke 04 midfielder Kevin-Prince Boateng has brought his managerial partnership with his longtime agent Roger Wittmann to an end.

The 64-year-old football agent is one of the most influential players' consultants in Germany, and manages Schalke 04 players Roman Neustadter, Jefferson Farfan, Julian Draxler and Jan Kirchhoff. Others include Kevin Kuranyi , Jermaine Jones  and Luiz Gustavo.

Although there had been no overt signs of difficulties between Boateng and Wittmann, there have been a few areas of concern opening up since the 27-year-old Ghanaian joined Schalke 04 from Milan for €12m (£10.1m) in August 2013.

Wittmann, who is a German entrepreneur and co-founder and CEO of ROGON sports management, has supervised Boateng since the player's days at Avram Grant's Portsmouth.

Witmann is also the main adviser behind Boateng's decision to quit Italian football in the wake of a racial attack which prompted him to walk off the pitch during a friendly match in January 2013.

Boateng is currently suffering from an ankle injury which which has ruled him out for two months.