Kudus scores for Ajax on his return from injury 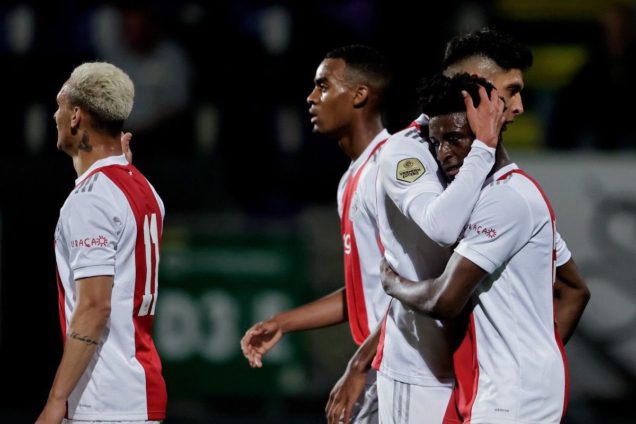 Mohammed Kudus scored in his first game of the season for Ajax after returning from a long injury layoff.

The Ghanaian was introduced from the bench at the start of the second half and marked his appearance with a goal in the 72nd minute.

Good to see him moving smoothly again after knocking off injury worries. #Kuduspic.twitter.com/XR4HHA2ocp

A bursting run from midfield by Kudus saw him at the right place at the right time to convert a Tadic low cross.

It was the 4th goal in a dominant 5-0 win over Sittard in the Eredivisie to maintain Ajax’s perfect start to the season.

“It’s a nightmare for that boy. If you come to a club and you get seriously injured in the first few minutes of the Champions League. That lasts the whole season and you are left behind,” Ten Hag said in the post match conference.

The head coach added that he is pleased Kudus was on the scoresheet against Sittard.

“He is an introverted boy, who quickly becomes isolated. We did everything we could to help him.” To a certain extent, he succeeded. Fortunately, he also did a lot himself. The process remains tedious in the end. It is good that he scored.”

Kudus has made a blistering start to life after sustaining an ankle injury in pre-season. He also scored just 20 minutes into his return last week with Ajax’s U-23 side.