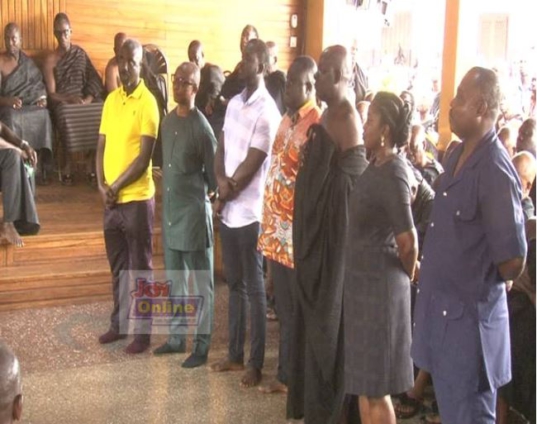 The Kumasi Traditional Council has requested that Oyerepa FM, a radio station situated in Kumasi, stops broadcasting on Friday, August 26, until further notice.

The Council’s Acting President, Baffuor Amankwatia VI, who is the Bantamahene, made the announcement when a team from Oyerepa FM and TV appeared before the Traditional Council to offer an apology over remarks made by Akwasi Addai ‘Odike’ against Manhyia on their network.

Baffuor Amankwatia VI who addressed the delegation from Oyerepa FM and TV said “You gave Odike the platform to say all that he said without caution. If you want us to accept your apology and show remorse, then announce to your listeners that you’ve erred and apologize.”

“Again, if you want Manhyia to give you hearing, then you have to close down your radio station from Friday, August 26 until the pending issue is resolved. If not, we won’t take it lightly when you appear before us again,” he added.

DISCLAIMER: The Views, Comments, Opinions, Contributions and Statements made by Readers and Contributors on this platform do not necessarily represent the views or policy of Multimedia Group Limited.
Tags:
Kumasi Traditional Council
Oyerepa FM