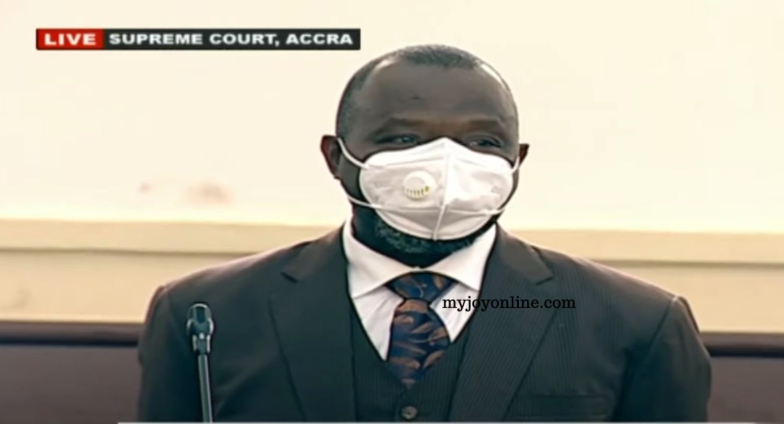 On Thursday, 25th February, Prof. Kwaku Azar posted, among others, his reaction to the Supreme Court’s contempt case brought against Dr Dominic Ayine. He wrote this on his Facebook page, “[Trust me, I get it. I know I’m not supposed to ask questions. The contemnor himself has apologized and the Court has purged him of his contempt. So the matter must be allowed to die!!

I think the Apology Jurisprudence is anti-intellectual and not helping the citizens to know what they can say and cannot say about the Supreme Court, Supreme Court Justices and proceedings before the Court.

For the avoidance of doubt, the contemnor in this case is an MP who is also a Spokesperson of a Party appearing before that Court. He is also a lawyer and a former Deputy Attorney-General. He said:

“I am surprised that the Supreme Court itself, having set down five key issues to be determined is now reducing the issues to one; which is whether and the extent to which the evidence that we have led shows that no one got more than 50 percent of the votes in accordance with article 63 of the constitution, but we have made it abundantly clear in the petition that there were a number of infractions; we’re contesting even the constitutionality of the declaration that was made. We are saying that she violated article 23 of the constitution . . . these are germane issues under the constitution of Ghana and to reduce the petition into a single issue petition is rather unfortunate and smacks of a predetermined agenda to rule against the petitioner in this matter.”

What exactly is contemptuous and why?

What exactly is the contemnor purging himself of?

The Court says it’s scandalized by the above statement? What does it mean?

Do the Justices feel disrespected?
Do they feel the remark interfered with their ability to do their work?
What exactly is the evil that the Court has found with the statement?
Can a Spokesperson of a Party not say that the Court’s ruling smacks of a predetermined agenda to rule against his party? Why not?
Did the remark disrupt the Court’s proceedings?
Will the remark be acceptable if uttered by a non-lawyer, a lawyer who is not a spokesman of the party, an MP who is not involved in the proceedings, etc.?
Are the Justices suggesting that such out of Court remarks can prejudice their judgments?

Where does the Bar stand on contempt versus free speech?
What is the legal academy saying about contempt?
What should law students be taught about contempt?

I find such charges and apologies to be unsatisfactory and unhelpful to my understanding of the proper contours of contempt.

It is time for the Court to state the legal basis of its contempt charges. The Academy and the Bar must insist on it —- not go along to get along.]”

As someone who has taken a keen interest in the 2020 Election Petition, I feel that on the specific case of Dr. Ayine’s contempt case, the public deserves to know the facts from the falsehood. I state emphatically that Prof. Kwaku Azar got it totally wrong and therefore his criticism of the Supreme Court in this instant contempt case is without basis.

First of all, if Prof. Azar had read the ruling of the Court that Dr. Ayine complained about (i.e. the Ruling on Petitioner’s motion to re-open his case), he would have realised that the premise of Dr. Ayine’s insinuation was completely wrong!

Nowhere in that ruling did the Supreme Court reduce the 5 issues set for the trial to 1. Please go back and read that part of the ruling carefully, right in the first paragraph. As it is with most rulings, the Court give account of the arguments made by the respective Counsels of the parties and that part specifically referenced what Counsel for the 1st Respondent had argued in Court (televised live to the whole world). Let me quote:

“Counsel for the 1st Respondent told the Court that he had weighed or scrutinised the case of the Petitioner as presented by his three witnesses and in his view, the Petitioner had not provided any substantial evidence in proof of his case, for which the 1st Respondent had to mount the witness box to testify in answer. The 1st Respondent therefore prayed the Court to determine the petition on the oral testimonies and data presented by the Petitioner through his witnesses and decide the main issue at stake, which is; whether or not none of the twelve (12) Presidential candidates who contested the 7th December, 2020 Presidential elections did obtain more than 50% of the valid votes cast in the said elections.”

If Dr. Ayine could not comprehend this part of the ruling and went on to propagate a lie to the media about the Supreme Court and on the basis of that lie went on to say that it “smacks of a predetermined agenda to rule against the Petitioner”, how can Prof. Azar make the world to believe that that is not scandalous of the Supreme Court? So, anybody can mount a media platform, tell the world that the Supreme Court has said or done something that is not true and use that falsehood as a basis to attack the integrity of the Court and the Justices thereof, and that should be okay? I beg your pardon?

DISCLAIMER: The Views, Comments, Opinions, Contributions and Statements made by Readers and Contributors on this platform do not necessarily represent the views or policy of Multimedia Group Limited.
Tags:
Dominic Ayine
Kwaku Antwi-Boasiako
Prof Stephen Asare
Supreme Court