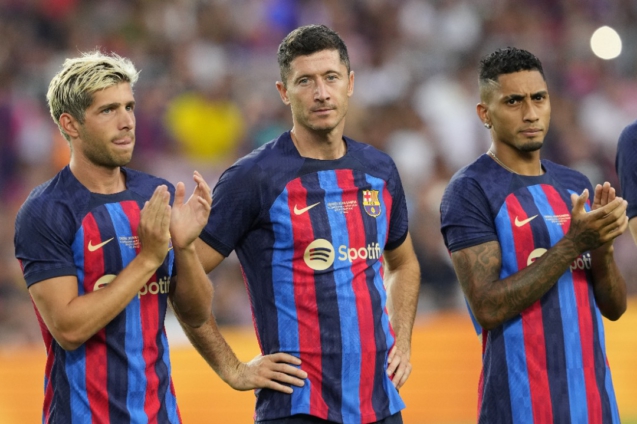 The time has come. No more waiting. LaLiga is back with Osasuna and Sevilla getting the season underway on Friday while the rest of the teams will play their first games over the weekend.

Real Madrid, who are the 2022 UEFA Super Cup champions after defeating Eintracht Frankfurt (2-0) in Helsinki, will look to defend their title after winning their 35th league championship last season, while archrivals Barcelona will attempt to wrest the trophy from the capital with a new squad that seems to have brought back hope to their fans.

Barcelona’s summer spree—and whether it has the financial flexibility to pull it off remains the focus.

Since the exit of Lionel Messi and Cristiano Ronaldo, two players who shared the Spanish spotlight, La Liga has failed to produce the game’s top two goalscorers, one at each of its marquee clubs. Robert Lewandowski’s move to Barcelona from Munich, coupled with Karim Benzema’s sustained prime at Real Madrid as he hits his mid-30s will lend a new layer to El Clásico, create a furious battle for the Pichichi and bring back eyeballs to a league whose stature has slipped some in the struggle for European and global dominance.

SuperSport viewers on DStv and GOtv can look forward to Round 1 action from the 2022-23 La Liga, with matches scheduled to run from Friday 12 to Monday 15 August 2022.

DStv and GOtv is the only true home of football in Africa, offering a range and depth of action that no other rival can match – it’s literally ‘Unbeatable Football’! If you’re going to spend your money on something, it may as well be on the best football in the world.

SuperSport is the only place where you can get English commentary on the legendary La Liga, where the headline fixture sees Real Madrid begin the defense of their title with a trip to Estadio de Los Juegos Mediterraneos (also known as the Power Horse Stadium) to face newly-promoted Almeria on Sunday night.

Los Blancos manager Carlo Ancelotti has already identified Barcelona as likely title rivals this season and has urged his team not to rest on their laurels after a brilliant 2021-22 season in which they captured both La Liga and UEFA Champions League crowns.

“In football, I’m not surprised at all,” said the Italian tactician. “Barca is building a fantastic team, but I’m interested in my team. You always have to respect Barca.”

Barcelona’s continuing evolution under manager Xavi Hernandez, which has seen them bring in Andreas Christensen, Raphinha, Franck Kessie, Robert Lewandowski, and Jules Kounde, will have its first competitive test when they face Rayo Vallecano at home on Saturday night.

“I want to have two starting players for every position,” said Xavi. “That is a good problem to have. Last year, we had a small squad. We’re happy to have a more complete squad now.”

Another team to watch this season is Sevilla, who couldn’t quite challenge for the title last season but remain a resourceful and ambitious club. Los Nervionenses will open the new La Liga season with a clash away to Osasuna on Friday night.

“We have to draw conclusions from our pre-season, we have had some tough games, but we were able to learn lessons that will be important for the start of the season,” said manager Julen Lopetegui.

The opening round also features Villarreal away to Real Valladolid, Valencia at home to Girona, Athletic Bilbao welcoming Mallorca to the Basque region, and Atletico Madrid with a derby clash away to Getafe at Coliseum Alfonso Perez on Monday evening.

No rival can compete with SuperSport’s coverage. Our viewers on DStv and GOtv enjoy an unrivaled selection of football from around the world!